The American media is complicit in getting the word out so that liberals know what to say should anyone dare question a policy that makes no sense. The talking points become the essence of the argument in favor of the policy, though the talking points themselves, are illogical.

That is what is now happening with the Iran deal. The talking points, which we all know by now, are:

2) Do you have a better solution?

These two questions are not salient to the “deal” as the deal is not a deal but the granting of all demands to a non-rational actor. President Obama is the Fairy Godmother in this play where the sympathetic character is a despotic regime whose stated intentions are to get the bomb and nuke the crap out of the West and especially Big Satan (America) and Little Satan (Israel).

Naturally, these two irrelevant talking points about choice and solution need a lot of help if they are to spread indignation about the terrible people who want to stop the deal. So what better way to provoke a moral panic, to make sure these illogical talking points take hold than via the celebrity endorsement?

Here’s where you need to go watch the video over at Aussie Dave’s post.  If you haven’t done so, go do it now and then come back here.

To review: 1) your choice is to burn slow or fast and 2) your solution is to do nothing but sit back and let it happen.

And of course, this is Morgan Freeman saying this, and even Queen Noor of Jordan! So it must be true. 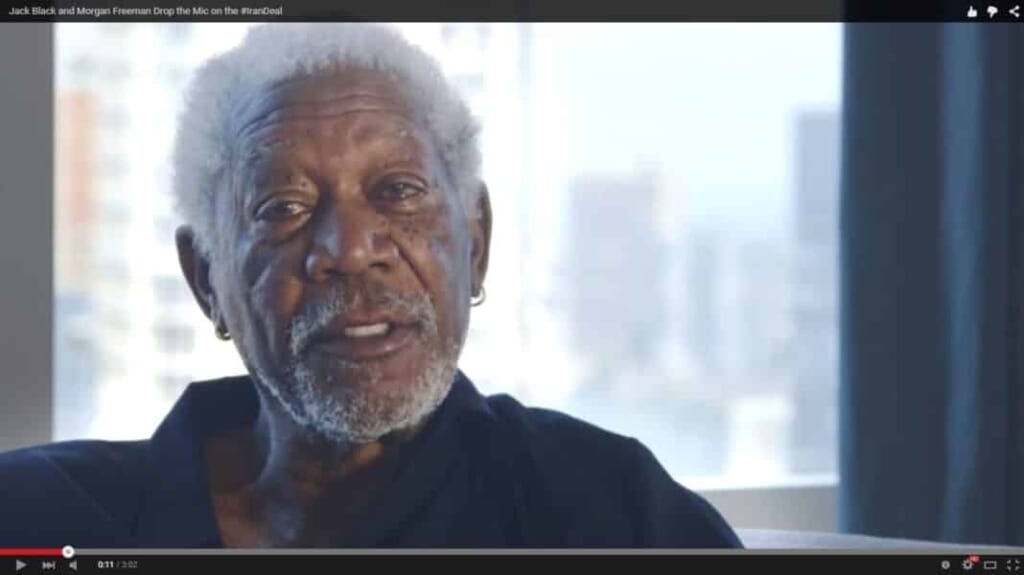 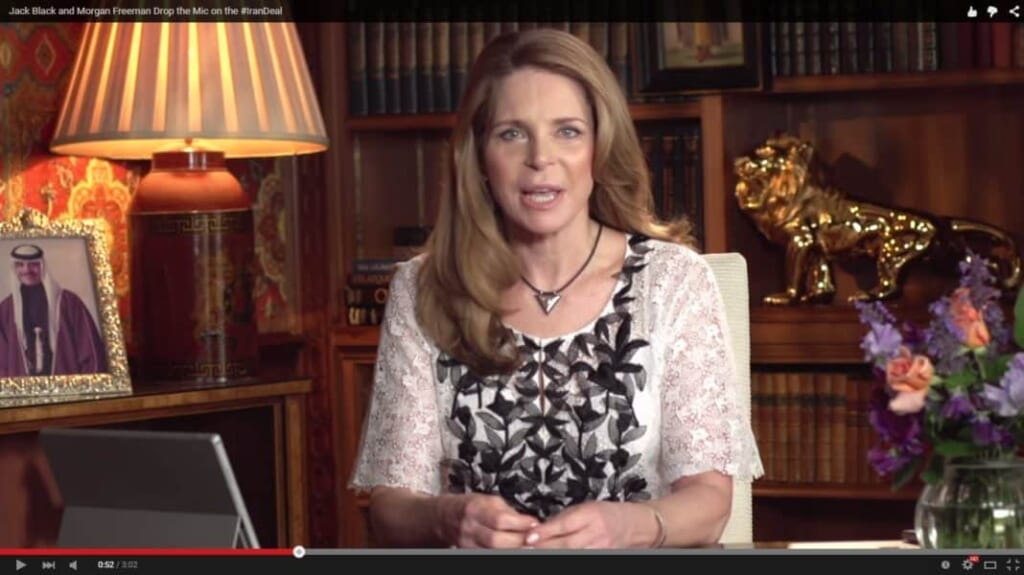 But me? I’m stubborn. I’m just not getting the message.

Because I know that this deal paves and enables Iran’s way to the bomb; that both the choice and the solution are to NOT end the sanctions and to allow Israel free reign to mount surgical strikes in Iran without fear of isolation (or having Obama leak Israel’s intel to Iran).

So sure, they can have every celebrity in the world parrot these nonsensical talking points, these LIES, and I’m still going to keep coming back with logic and the truth.

Now I know that if I’m talking to a Democrat or an American between the ages of 18-34, it’s probably a lost cause. They’ve drunk the Koolaid. I’ll have my say and they’ll issue this smug, knowing grin. I am quite obviously the village idiot.

In spite of this, I’m pushing back. I figure: if they can issue their nonsensical talking points, I can respond sensibly with the truth and who knows?