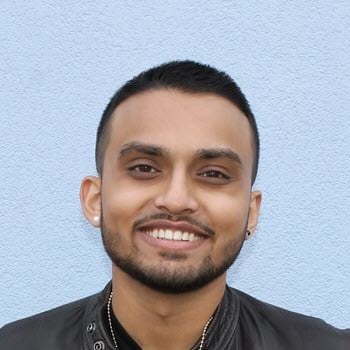 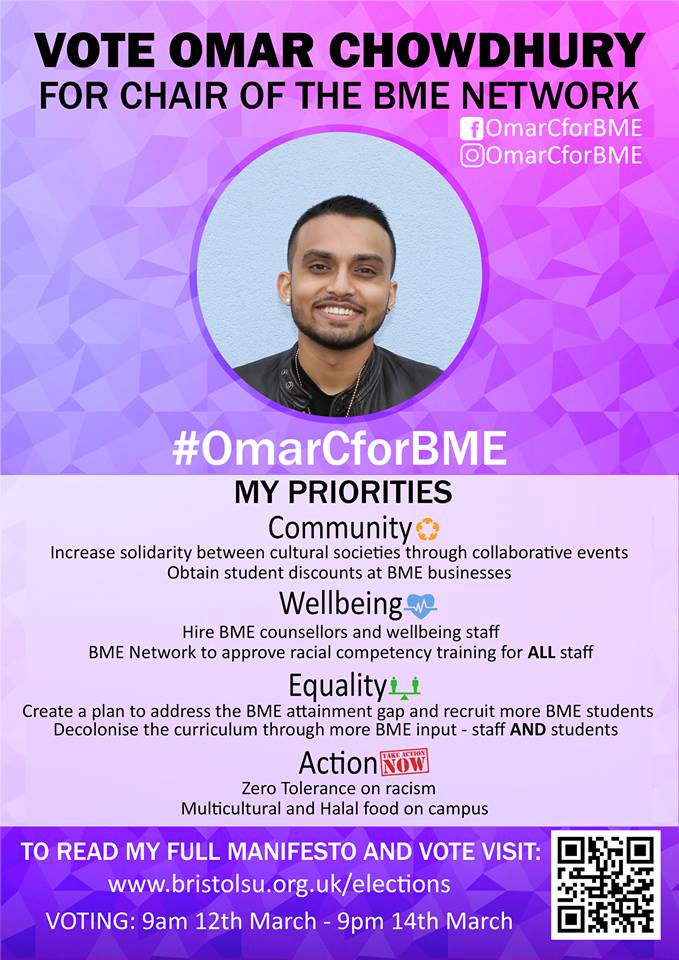 And he would like people to believe he is against mass murder and genocide like the Holocaust. 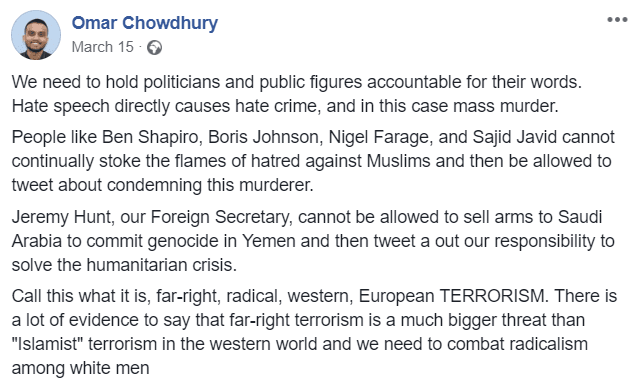 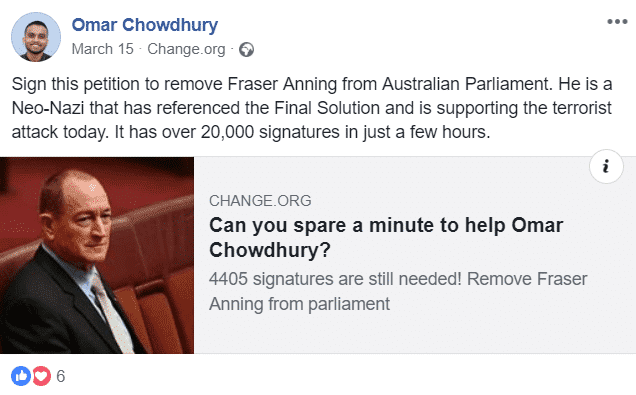 But you probably already guessed that there seems to be an exception to his opposition to genocide and zero tolerance on racism.

A university’s ethnic minority officer has been accused of anti-Semitism after telling a Jewish student to ‘be like Israel and cease to exist’.

But during heated online debate on the Facebook group Bristruths, he told a Jewish student their comments are ‘like Israeli settlements: always popping up where they aren’t wanted’.

The student stated that ‘everyone is entitled to an opinion’ and accused Chowdhury of ‘trying to silence the voices of women and minorities’. Chowdhury replied: ‘Just because you have an opinion does not mean it is valid and worth entertaining,’ and the argument continued.

The BME officer then said: ‘I never see you even try to contribute anything. You just always come with some hella smarmy, asinine shit. So please, be like Israel and cease to exist.’ 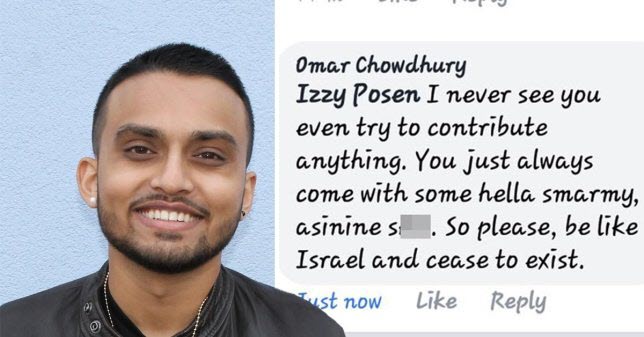 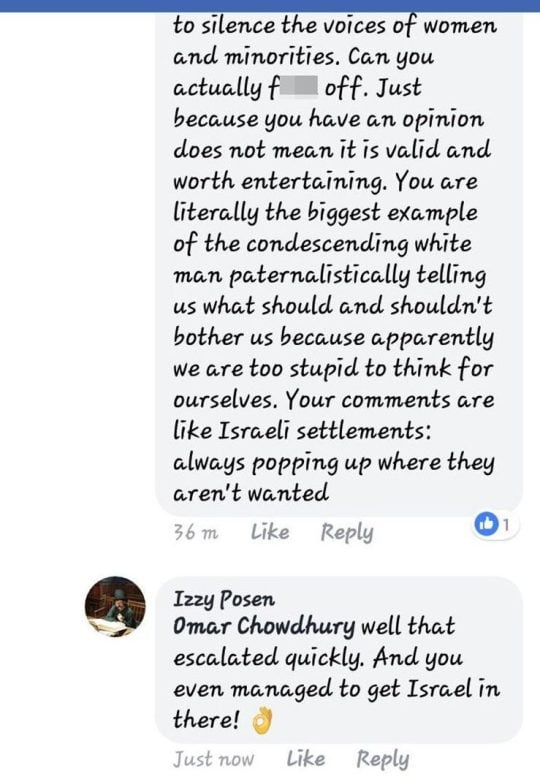 Now, calls are being made to remove Chowdhury from his position.

Bristol SU equality officer Sally Patterson confirmed the student union is investigating Chowdhury’s comments. She said: ‘We’ve recently become aware of comments made by our newly elected chair of BME network on social media and have spoken to both students involved. ‘We are investigating the case under the SU Code of Conduct (our disciplinary procedure). ‘Bristol SU takes accusations of antisemitism extremely seriously and will investigate fully and confirm the outcomes with both the students involved.’ Chowdhury has been approached for comment.

Omar, thank you for playing Anti-Zionist-Not-Antisemite. Unfortunately, you lose!