Home Chaim Israel is at War, It’s Time To Act Like It

As I write this, I am sitting safely in my room in Jerusalem. My phone has been buzzing incessantly since Shabbat ended around 8 PM last night, and every time it does, my jaw tenses, and my fists clench in rage, because I know that each vibration indicates another rocket barrage fired by Hamas and Palestinian Islamic Jihad on my homeland and people. What I am experiencing is absolutely nothing compared to the abject terror and uncertainty felt by my Israeli brethren living in the south of the country, the most common region to be targeted by terrorists from Gaza. Well over one million Israelis in the south have spent the last 36 hours huddled in bomb shelters after initially running for cover when the Palestinians first began their massive rocket attack (at least 400 rockets have been fired at civilian targets so far).

The IDF is responding, as they usually do, by bombing “terror targets”. Somehow there never seem to be any terrorists in them, which is becoming a source of great frustration for Israelis. Equipment for making explosives can and will be replaced by Iran, the people with the expertise to make them are harder to replace. The Israeli government is paralyzed once again by indecision. It wants to do just enough to look tough, but not enough to upset the international community, while failing to achieve either of these goals. This is an absolutely ridiculous mindset, and it is the same one that those who led the Jewish establishment in pre-state Israel held when they refused to send the Hagana (pre-state Jewish defense force, later became the IDF) to defend Jewish communities beset by Arab pogroms during the Arab Revolt of 1936-1939. The world doesn’t care about living Jews. It makes a show of mourning for dead ones, because that is what we are expected to do in polite, Western society, but the living ones, must be restrained.

For some reason, Jews have internalized the idea that we always need to have a higher moral standing than our enemies. Even if we launched an unrestrained bombing campaign on Gaza, obliterating Hamas positions, and Islamic Jihad infrastructure with no warning whatsoever, ignoring collateral damage, we would still have the moral high ground. How could we possibly have the moral high ground? Because this is a war. It is a war that Hamas started in 2006, almost immediately after they were “elected”. There have been ceasefires, which Hamas has always violated, but there has never been a peace treaty. When you are at war, when your civilians are under attack, when your nation’s children are forced to cower in bomb shelters instead of sleep safely in bed, you shoot back in order to eliminate the threat. 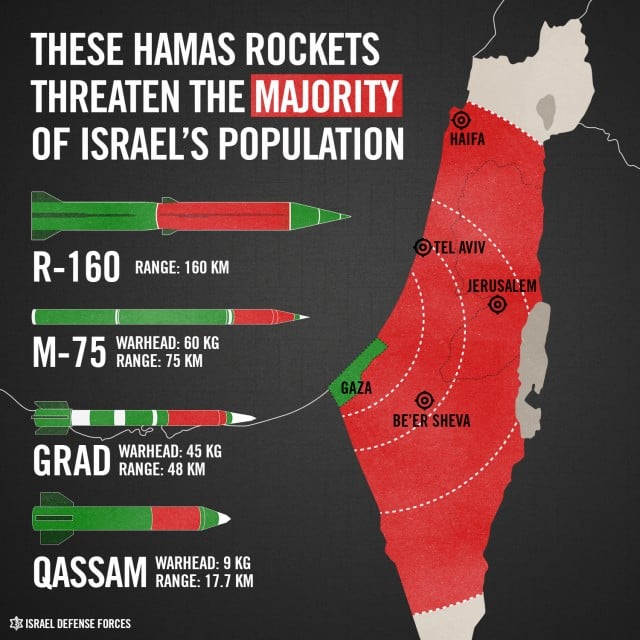 In the words of the great Zionist leader and thinker, Ze’ev Jabotinsky, written shortly before World War II:

“‘Do not hurt the innocent’… this is superficial and hypocritical chatter. In war, any war, each side is innocent. What crime has the enemy soldier done me – he is as poor as I, as blind as I, a slave like me drafted against his will. After the first air attack on London and Paris, expect a reprisal by aircraft over Stuttgart and Milan which will be just as full of people and children.  All war is against innocents as all war is of brothers against brothers. Therefore cursed be all war…and if you do not want to touch the innocent – Die.  And if you do not want to die – shoot and stop chattering”.

In his case, he is talking about conventional warfare. In our case, one side is not innocent at all. Hamas and Palestinian Islamic Jihad deliberately commit arson on Jewish farmland, dig tunnels to carry out attacks on Jewish communities and indiscriminately fire rockets at civilians. If what Jabotinsky says is true, then how much more so should we in our situation be taking off the gloves and truly fighting back?

Why do we view Jewish blood as being worth less than that of our Arab neighbors? Why are we willing to sit back and destroy infrastructure, while they intentionally try to kill unarmed people? Why are we still worried about what the international community will say?  I assure you that if Mexican drug cartels were firing rockets at American civilians in El Paso and Houston, Texas, the US would bomb them back to the stone age (the US has affirmed Israel’s right to defend itself, by the way). We are at war.  Ignoring or denying that you’re at war doesn’t make the war magically go away. Fighting harder and destroying your enemy makes war go away.