One of my favorite characters in Game of Thrones (and I am sure I am not alone here) is Sir Davos Seaworth – a wise, compassionate and principled man who speaks out against injustice.

He is played by a terrific actor, Liam Cunningham. But unfortunately, as a person, Cunningham does not seem to take after his alter ego – judging by his tweets and retweets (hat tip: Ryan). 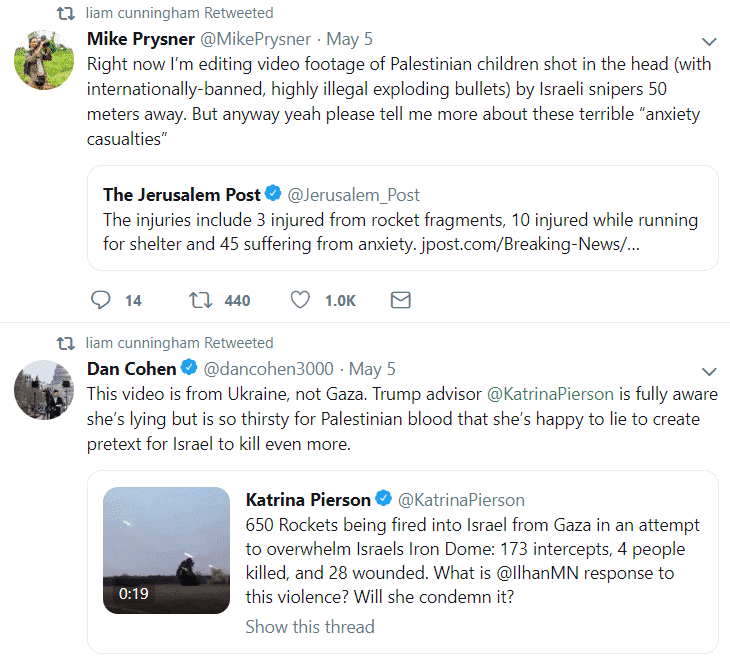 Besides clearly taking the palestinian side – even as rockets rained down on Israel – his tweets contain libels. Heck, he has even retweeted someone who retweeted Hamas:

These are just some examples. His entire Twitter feed suggests someone on the wrong side of history.

It’s the equivalent of Davos fighting for Ramsay Bolton.

Update: He is a rather confused man. 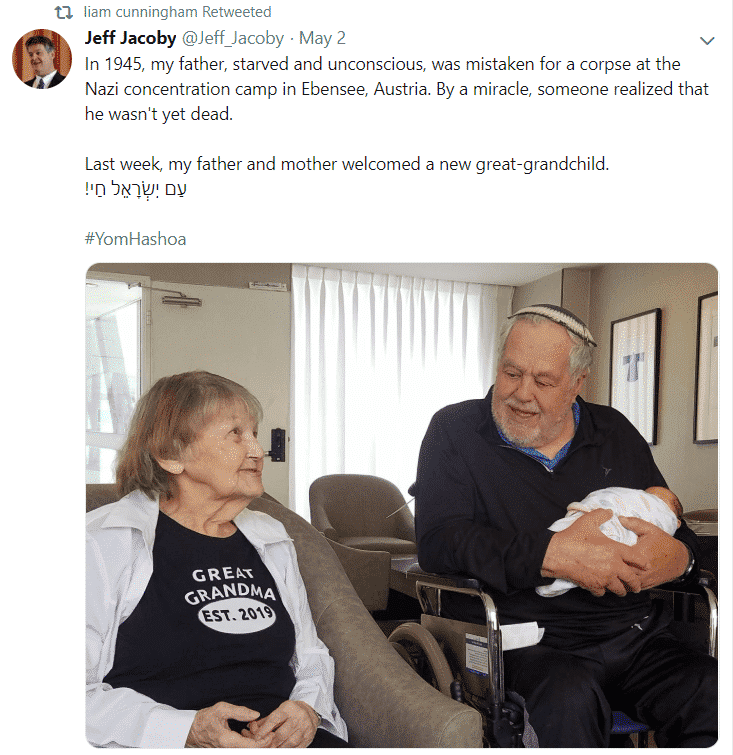 Those last words in Hebrew mean “the nation of Israel lives!” – a very pro-Israel catch cry.

Update: I didn’t realize at the time, but he signed this boycott letter last year.