Anti-Israel DouchebloggerTMRichard Silverstein is schnorring for money for his legal defense fund, after being slapped with libel lawsuits (hat tip: AnarchoZionist). 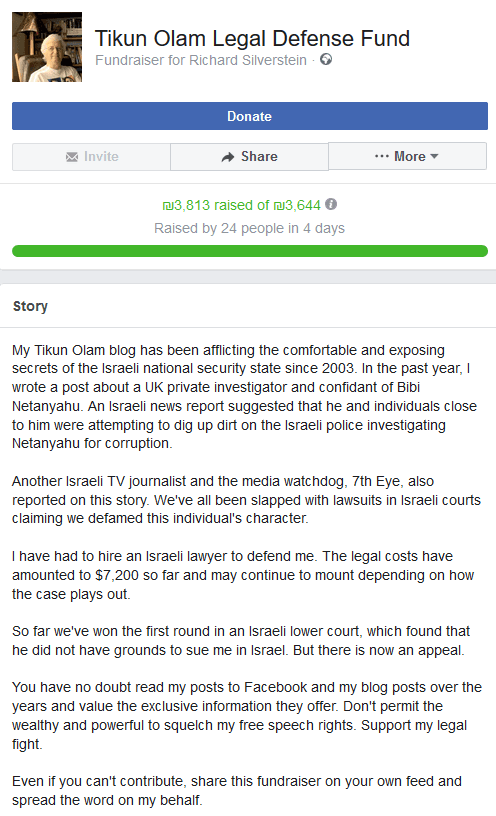 To be very clear: Richard Silverstein has purposefully written false and libelous things about individuals, some of which I have documented here. It’s not the first time he has been sued for libel, and won’t be the last time either.

I have personally been on the receiving end of some of his libelous claims, including:

If it were not for my wife’s illness and the long, expensive process of suing for libel, I would have done so by now. I still reserve the right to do so in future.

Here’s hoping this waste of space loses on appeal.