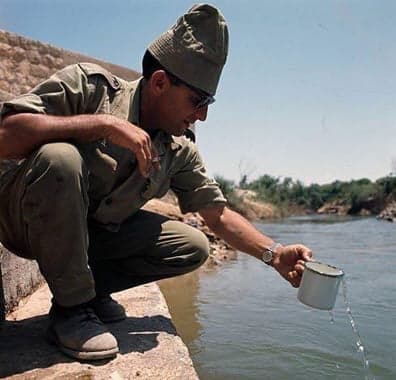 July 1967. An Israeli soldier is refreshed in the waters of Jordan, Tattooed on his left arm, his number of Auschwitz. (Photo by Manuel Litran/Paris Match via Getty Images)