Kids who never left the USA are educating me about how the Gulag was fairer than ICE camps.

Jew-haters yell at me that I am siding with the Zionist evil.

(Liberal) Jews attack me because I’m just a goy so what do I know?

Israel and the Jewish issue (sounds familiar?) are being politicized as if Jews were a passive tool.

Terminologies are perverted in a way that in a few years – seeing the already uneducated next generation – will literally believe that concentration camps were tents with food, water and clothes.

Every aspect of the arts, literature, and conversation is an anti-Trump propaganda. I’m sick of it. And it has nothing to do with my political affiliations.

But I’ve just finished “When they see us” on Netflix, and the subliminal (or actually direct) message is anti-Trump.

I bought a book yesterday titled “F-uck feelings”. I am only on page 30 and Trump was already mentioned.

I went to a gallery opening and it started “Today, more than ever we need art, because… Trump…” 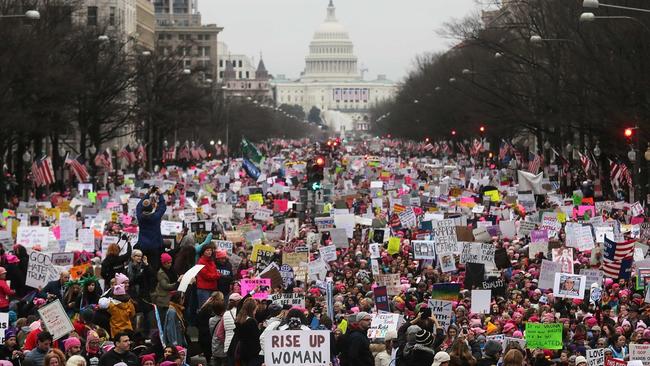 My opinion about Alexandria Ocasio-Cortez (AOC), Rashid or Sarsour has nothing to do with whether I think good of Trump or not. But it has everything to do with common sense and my values.

It’s really sickening that in the name of morality and human rights, we are legitimizing immoral comparisons.

The concentration camp vs detention center debate is the same as we had in Europe about refugee vs. illegal immigrant.

Why do we have words with definitions, if, in reality, we can cherry-pick the connotation we want to attach to those words?

And for the liberal Jews attacking me… well…it seems that me, the goy, has more morality towards your people and your past, history, suffering than you do.

But as the last thought: I want to encourage all Jews to finally act as the protagonist in this whole mess. Stop being a victim. Those times are over. You need nobody’s approval. Stand up already and say enough for being used as a fun toy for everyone’s political agenda…