An Israeli journalist in Bahrain to cover the “Peace to Prosperity” workshop posted a photo standing outside The Bahraini Society Against Normalization with Zionist Enemy – which is apparently a thing (and who are apparently not doing such a good job). 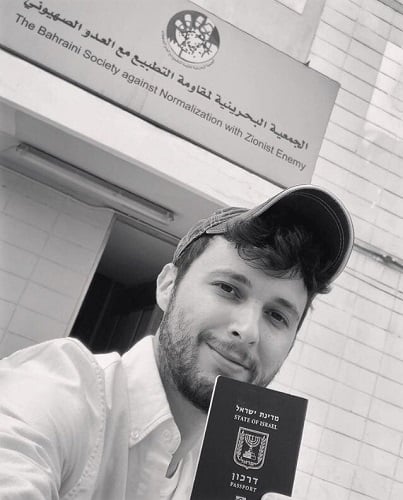 In response, there has been much seething, and the society’s members published a dehumanizing photo – something anti-Israel propaganda site Quds News Network was more than happy to share. 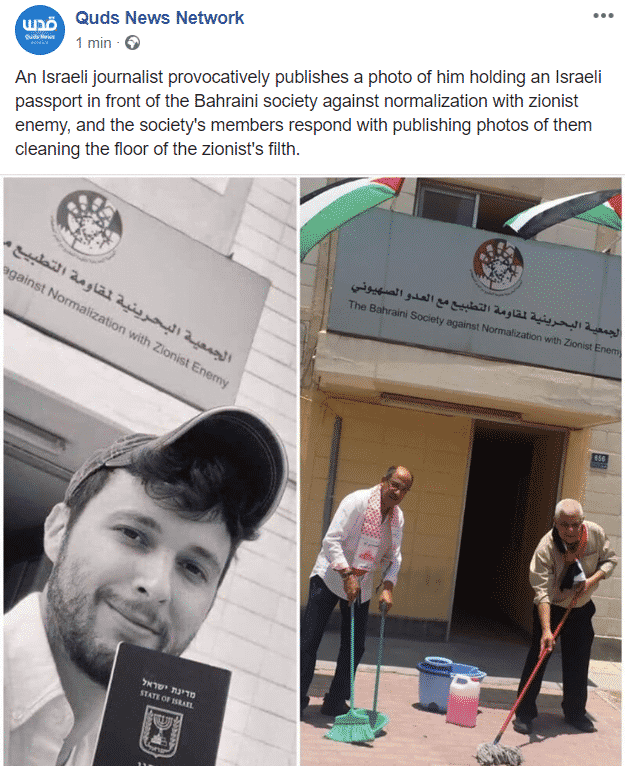 As did Mahmoud Abbas’ Fatah party. 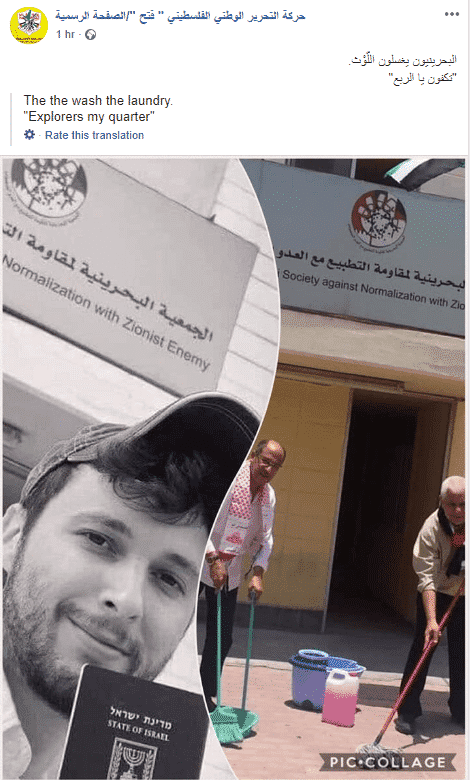 They can use all the chemicals and dehumanizing language they want – our relationship with more and more Arab states is improving. If they don’t want to see it, they can stick bleach in their eyes.

Update: The Israeli is not a journalist and he’s not in Bahrain for the workshop.