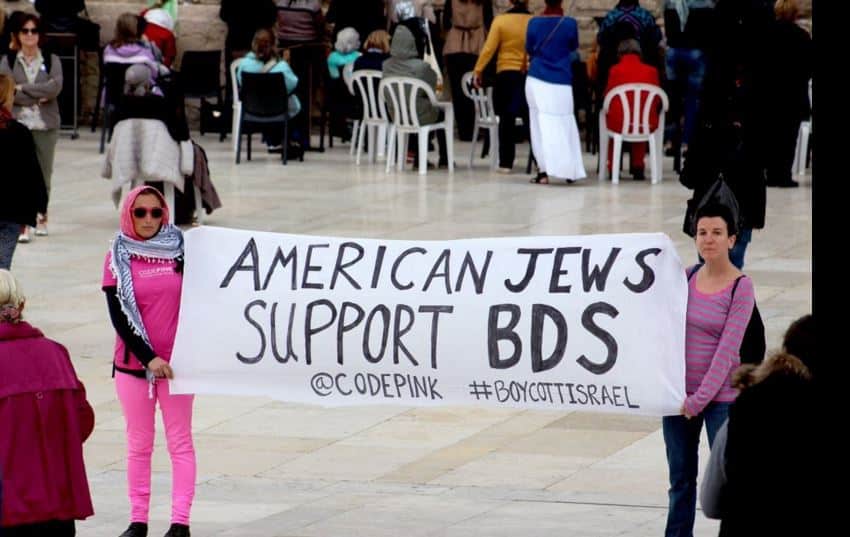 As a group, Jews are often an argumentative and stubborn bunch, so much so that God himself refers to us as a “stiff-necked people” in the Torah. Armed with this knowledge, it should come as no surprise to learn that one of the most divisive and volatile areas of disagreement between Jews relates to Israeli government policy. The divide isn’t as simple as left-wing versus right wing, or religious versus secular. It is the divide between Israeli and diaspora, which is simultaneously easy to define and difficult to bridge.

At their core, most diaspora Jews and Israeli Jews agree on at least one thing. They want what they think is best for Israel and act accordingly. Of course, there are some fringe radical groups like IfNotNow and Code Pink which claim that they too are coming from a deep place of Jewish responsibility and connection, however, unlike the well-intentioned but sometimes under-informed perspectives of some of the more assimilated Jews in the diaspora, their claims are hollow and their actions, purely hostile. They are more like the abuser who mistreats his or her victim for some personal gratification, while claiming it is for their victim’s “own good”.

Despite the existence of these overly loud, attention-seeking groups, the majority of Jews who live outside of Israel also want it to be a strong, safe, and moral country. Unfortunately, their vision of a better Israel is often at odds with their Israeli brethren and they fall under the sway of these organizations which pretend to want a better Israel while actually pushing for policies like BDS that would lead to its weakening or even destruction.

While both diaspora and Israeli Jews often feel a deep connection with, and fondness toward, Israel, Israeli opinions on the country’s affairs simply matter more. The reason for this should be obvious, but seems to have been lost on some organizations and activists in the diaspora. Israeli Jews live in Israel, and therefore their opinions on what happens in Israel have more weight in the discussion. Since both Israeli and diaspora Jews feel very strongly about Israel’s importance and direction at an ideological level, determining how to weigh the merit of opinions on the subject requires another variable. That variable is the fact that Israelis live, work, raise families, pay taxes, and experience day-to-day life on the ground in Israel. The Israel-related issues that Jews in the diaspora raise often only affect them during their relatively brief visits, if these issues affect them at all. In the disputes related to Western Wall prayer areas, the opinions of Israeli orthodox Jewish men or women who pray at the Western Wall regularly matter more in practice than those of secular Jews who visit the Wall a handful of times in their lives. This dynamic even extends to certain aspects of the Israeli-Arab conflict. For example, while an American Jewish college student from Berkeley can have an opinion on matters of Israeli security, that opinion is vastly less significant or credible than the opinion of an Israeli mother-of-four from Sderot who regularly has to rush her children to bomb shelters during Hamas rocket attacks.

The lack of Israeli citizenship doesn’t nullify the positions of Jews in diaspora countries, it merely renders any of their suggestions, arguments, desires or causes to be purely theoretical. It leads to a practical imbalance in the credibility of opinions when one group has “skin in the game”, so to speak, and the other doesn’t. In this case though, unlike in other cases where one group expresses disapproval over the conduct of people in another country, both groups have a deep ideological connection Israel. As a result of this connection, the lack of practical influence that most diaspora Jews have over Israel seems to breed tremendous frustration. This frustration is evidenced by the frequency and intensity with which many Jewish organizations and leaders in the diaspora condemn Israel, even for things that are matters of internal domestic policy and have nothing to do with them. In light of the sense connection they may feel to Israel, it is understandable that they would be frustrated by the relative sense of helplessness, but that doesn’t make the way the frustration is expressed any more acceptable. It often comes across more like a temper tantrum or an act of moral grandstanding than an expression of love and concern for the State of Israel that they claim to care about.

None of this is to say that Jews in the diaspora shouldn’t express opinions on how things are going inside of Israel, but rather that they should be more thoughtful of where their opinions fit into the discussion and whether or not they are being presented in a productive way. In the eyes of many Israeli Jews, when a diaspora Jew involved with anti-Israel activity publicly condemns Israel for its domestic or foreign policy, it is not seen as constructive or helpful. It has the optics of a parent that publicly criticizes and interferes with their child’s own parenting, while not being fully aware of or involved in the day-to-day lives of their grandchildren. This approach only leads to conflict and further polarization. Had the parent privately offered some parenting advice to their child with the understanding and appreciation that the child might or might not heed the advice or even determine that the advice is not relevant, conflict would be less likely and the advice would be better received. The same rings true for that subset of diaspora Jews who feel that Israel should be doing something differently and in a better way but go about expressing those feelings in a destructive way. Should these individuals and groups abandon the entitled lecturing and moral posturing, and stop supporting the most hostile voices and most extreme anti-Israel positions, Israeli Jews will stop feeling attacked and betrayed and will be more inclined to include diaspora Jewish opinions in the discussion.