As I sit down to watch the new Netflix series The Spy, I am loving the reactions I am seeing on Twitter

Can we talk about @SachaBaronCohen in #TheSpy. Brilliant and what an incredible true story beautifully showcased! #emotionallydrainedattheendthough

@netflix #TheSpy was a great movie. Awesome performance by @SachaBaronCohen even though the accent reminded me of #TheDictator. One of the best #netflixoriginals to date

#TheSpy @NetflixIndia is probably one the best made in recent times. Crazy palpitation and true events. Entire season finished off without even stepping out from my couch on a Sunday. Must watch. #TheSpyNetflix

I highly recommend #TheSpy on @netflix. Tremendous performance by #SachaBaronCohen.

#TheSpy is one of the best Tv series of that genre that I've ever watched. Even though it gives you a glimpse of the finale right from the beginning, it builds the whole story brilliantly. @SachaBaronCohen

What a performance by @SachaBaronCohen in #TheSpy #Netflix. The show is the best thing since #Chernobyl and could even be better. pic.twitter.com/phoPsGwYer

And as of now, it is doing exceptionally well on Rotten Tomatoes.

The new generation is being introduced to the hero who was Eli Cohen, and perhaps even coming to understand more about the threats us Israelis face.

And don’t think the haters don’t know this…and that it’s not driving them bonkers! 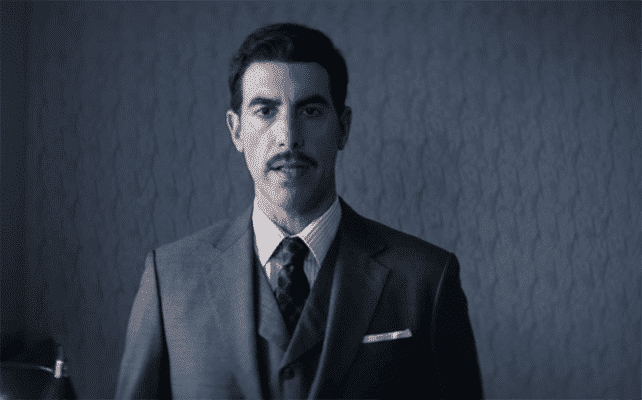 A new Netflix series titled ‘The Spy’ has sparked outrage on social media as it portrays the life of Israeli spy Eli Cohen, played by controversial actor Sacha Baron Cohen.

Produced by ‘Homeland’’s Gideon Raff, the six-episode thriller debuted on September 6. It is inspired by the real life of Eli Cohen, an Israeli spy who worked under Mossad in the 1960s and posed as Kamel Amin Thaabet to gather intelligence on Syria.

Twitter users have blasted Netflix for the series, co-produced by French premium channel Canal+, and questioned why the platform has carried several Israel-centric projects over the years, such as the Netflix originals ‘Fauda’ (2016) and ‘The Angel’ (2018).

“The Spy is pure Israeli propaganda. They even showed on screen ‘Jerusalem, Israel’ … Cant believe @netflix is allowing such apartheid propaganda on its platform,” one user wrote.

“For those of you who are watching “#TheSpy” On Netflix. The story of the Israeli spy Eli Cohen. The [expletive] is caught and hanged at the end. Is this a spoiler? well, I didn’t watch it. I know this from actual history. Now go watch something else than propaganda. You are welcome,” wrote Lebanon-born political activist Dyab Abou Jahjah.

Actor Khalid Al Farraj, who also referenced Raff’s ‘Red Sea Diving Resort’, wrote that Israel was using Netflix as “a drama platform through which they propose their heroism, history and imaginary intelligence, while we watch.”

Another Twitter user posted a link to the trailer and wrote: “Netflix produces so many pro-Israel Mossad spy thrillers that it can be treated as a Zionist propaganda media company?”

“Those who don’t know Israel and watch ‘The Spy’ about Israeli spy Eli Cohen will cry from how Netflix portrays the human side of his personality and how his last moments were difficult for his family … and shows Syria as the monster of the sixties,” said one user, singing off their tweet with a series of expletives.