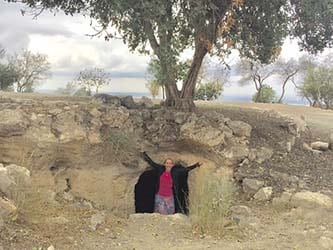 2016 was a particularly difficult year for many. Personally, it was one of my most challenging years.
I’m convinced that we’re living through a unique period of time. We are witnessing events and new norms in a world that seems to reject goodness. We’re experiencing a very dark period where terrorism is expected and even legitimized as justifiable resistance. The new heroic causes are paved by the failures of the perceived downtrodden and “underdogs”. Hundreds of thousands of men, women, and children are murdered in wars driven by religious intolerance and hate and the world has become complacent. What was once honorable expression against evil is now considered un-PC and racist.
The bubble that I live in is small and protected. The scary world is out there and I mostly experience it from behind a screen and in conversations – sometimes encouragingly respectful and sometimes unreasonably uncivil. The new way of communication via Twitter, Snap Chat, Facebook, and options to comment on every article written has opened up an uncensored and unfiltered avenue for a battle of words that can be uglier than your worst nightmare. Personal attacks, hateful, and profane language are no longer taboo. It’s deflating to attempt dreaming up sustainable solutions when a peaceful outcome seems insurmountable.
It takes courage, faith, and indestructible optimism to succeed at letting light shine through the darkest times. It’s comforting to know that there are still many people on earth who seek the light and are committed to help spread it to those around us. Every moment of our waking hours, we make choices and it can be very challenging to remember the blessings and the goodness when it feels like the world is crumbling around you. I’m so thankful for the people who make the time in their busy lives  to help others and participate in quiet acts of kindness. Without love, faith, hope, and kindness, there would be no point in living at all.
I cannot imagine a life without faith or belief in God. For me, such a life would be meaningless. Why experience pain and suffering if our whole purpose is to live and die in such a short period of time? If this is all there is… take me now.
On the Jewish Hebrew calendar, our New Year began over 3 months ago. Having grown up following the Gregorian calendar, I’m better acquainted with the 12 months beginning January 1st.
Welcome 2017. Who will live and who will die? Who will prosper and who will fail? Is our fate predetermined or can we each write a part of the present that will soon become history? Does it matter? I think one step at making the world a better place would be if we all lived as if life was eternal. Holding yourself accountable for every word written or spoken and every act ever actualized – even in the dark. Even if nobody but you saw it happen.
Darkness can be man-made but often it’s just part of life. Extinguishing of light is a human weapon stronger than any gun or bomb. Spreading light is a choice. Passing the flame is an act that any of us can do from tiny sparks to enormous flames.
Be light. Spread fire.
Don’t risk your eternity by spitting on the flames and causing darkness.
It’s a new year, a new beginning; a gift. Think, rethink, and proceed with caution.