They Can’t Stop, Cause They Won’t Stop

Hamas, Fatah, and Palestinian Islamic Jihad spend tens of millions every day trying to eliminate Israel while their people are suffering and missing basic necessities. Is eliminating us really worth it? They can’t just leave us alone and move on and focus on nation building? Oh wait, it’s way easier to just blame everyone else and focus all the ire on the boogeyman while they refuse to improve infrastructure and social services for Gazans, and confiscate the aid israel gives to serve only its elite. We get it, state building is hard and some very powerful people will lose their billionaire status if the money starts to get funnelled toward where it actually belongs and was intended for. 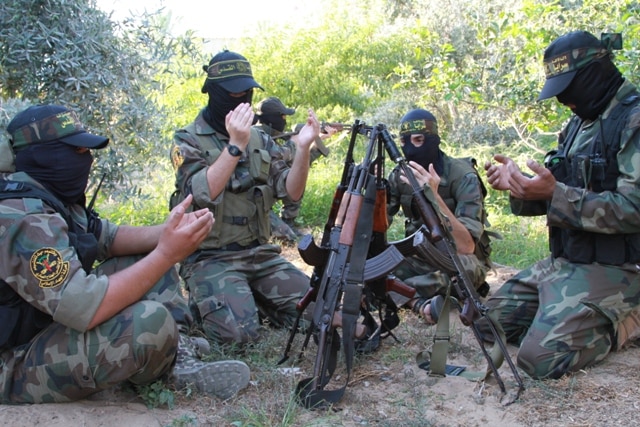 If they were a nation they’d be nation building. Instead they’re an Islamist movement hellbent on restoring honor for Islam and reconquering territory for Allah (since their religious dogma is that once a territory becomes Muslim it can’t be reversed and any such reversal is blasphemous and needs to be undone immediately.)

If this weren’t the case they would have given up by now and moved on ages ago, like those displaced from the dozens of other countries that were founded through similar means Post-WWI and II. But there’s one thing they can’t handle more than a lousy government that doesn’t run properly, crumbling infrastructure, and nonexistent sanitation, and that’s losing against a “foreign” nation that is not Muslim. And letting Israel be for even one moment is just that. All their efforts must be expended toward Israel’s demise. There is more at stake than one who is not familiar with the culture might realize.

It’s pathetic that they care more about fixing their embarrassment and humiliation from us – a nation belonging to a different religion that is supposed to remain intrinsically subordinate – beating them 71 years ago in a war they started and reconquering our land – than helping their own people and using the billions in aid they get each year to build a beautiful and thriving first world country. If they weren’t using every spare cent to build rockets, attack Israel, spread anti-Israel propaganda, and pay terrorists for life, they would have more than enough cash to do so.

But they can’t. Because us being here goes against their theology. It causes cognitive dissonance and undermines Islam as a religious doctrine and they can’t handle that at all. After all, if Allah truly intended for all territories conquered by Islam to remain so, he wouldn’t have allowed Israel to come into existence, let alone thrive! As such, Islamist groups such as Hamas and Islamic Jihad are reacting as any deeply religious people would when one of the major principles of their religion is undermined and disproved – they hold on to it for dear life, desperate to make it true, seeing it as only temporary, a test from God (Fatah is just in it to get rich, I believe, cause they could always blame Israel for their territories being hellholes). Giving up and letting Israel be undermines their entire belief system. It sends the world a message “we were wrong and so is the Quran”. They see the danger in that so they keep fighting.

It surprises me that the world hasn’t figured that all out by now, especially with what is going on in Europe.

And here is a video where Professor Mordechai Kedar discusses the real reason why state-building isn’t a priority for them, and why destroying Israel is so important.