I know what you are thinking: sounds like progress, given Abbas’ history of Holocaust denial and revisionism.

But don’t worry, it is exactly what we could expect from our “peace partners.” 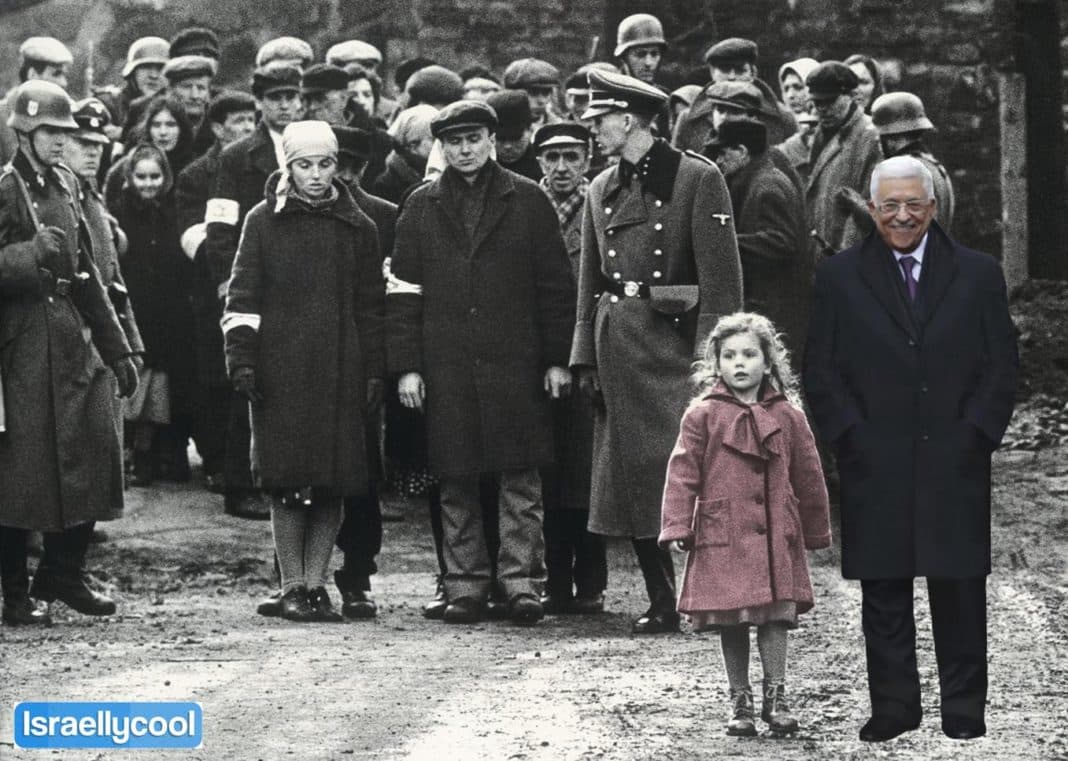 The Fatah International Relations Commission said in a statement commemorating the 75th anniversary of the liberation of Auschwitz that the Palestinian people, ethnically cleansed by Jewish militias since 1948 and occupied by Israel since 1967 are like the victims of the Nazi occupation of Europe.

Fatah said that open or tacit acceptance of the International Holocaust Remembrance Alliance’s definition of anti-Semitism and the suppression of the legitimate critique of the State of Israel is tantamount to complicity with the war crimes and crimes against humanity perpetrated by apartheid Israel against the Palestinian people.

“Yad va-Shem, the World Holocaust Remembrance Center, stands just 1.3km away from the lands and the meager remains of the ethnically cleansed and massively massacred Palestinian village of Deir Yasin. This year, the Yad va-Shem commemoration of the 75th anniversary of the liberation of Auschwitz coincides with the 72rd anniversary of the Deir Yasin Massacre,” Fatah said in a statement.

Let’s be honest about it: they would love another Holocaust for the Jewish people.