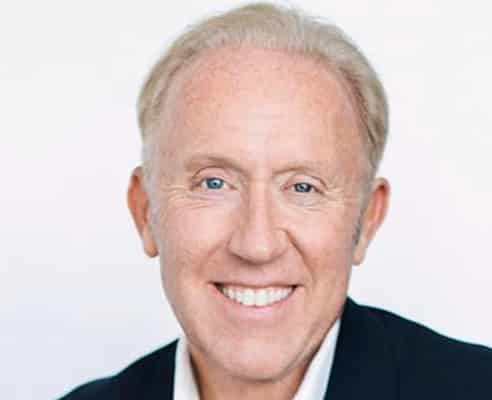 Garry is Switzerland’s Most Liked Dentist on Facebook, he is the first Swiss dentist to accept Bitcoin and is the author of 3 award-winning, dental-health books in Spanish, Russian, Chinese, German and English to conquer tooth loss caused by gum-disease.

His Facebook wall adds “Tesla owner. First adopter. Disruptor. Historian. Investor. Vegan. Company director” to the list, and shows someone who seems to like living the high life.

He came to my attention with a particularly nasty comment left underneath this post published by anti-Israel propaganda site The Palestinian Information Center. 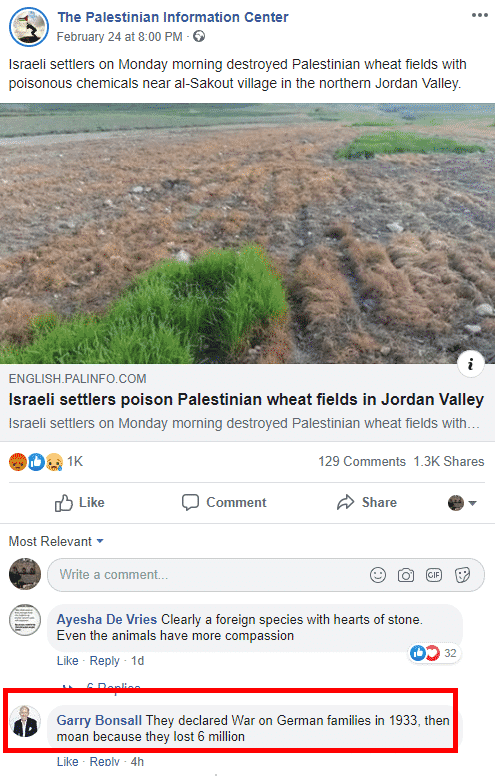 A look at some of Garry’s tweets reveals someone who questions whether 6 million Jews were murdered, as well as some of the other atrocities 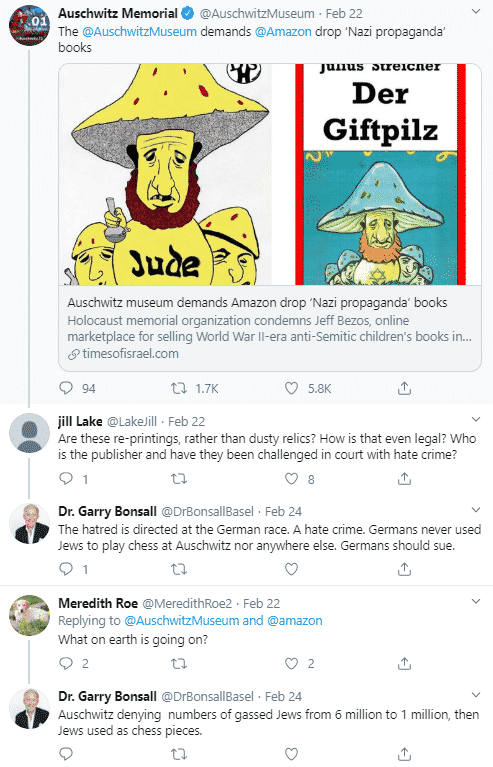 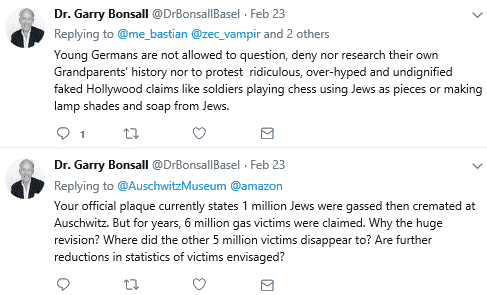 At the same time, Garry draws comparisons of contemporary Israeli policy to that of the Nazis, in contravention of the IHRA working definition of antisemitism. 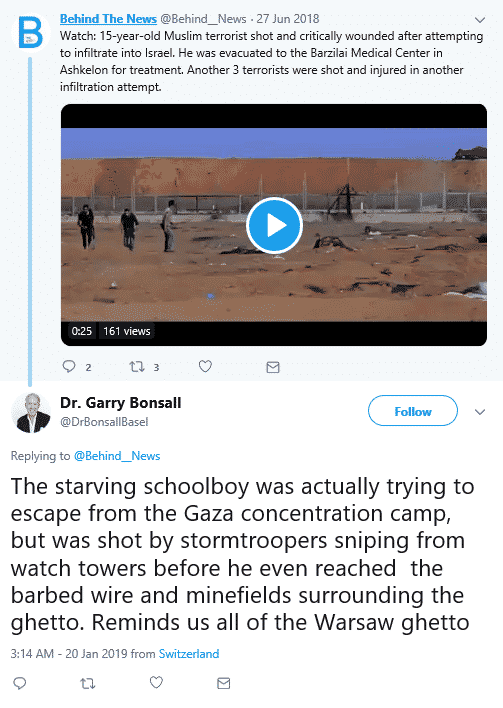 And this letter-to-the-editor he wrote in 2006 (when he lived in Spain) to the Tehran Times  (!) is jam-packed with antisemitic “goodness” – all while suggesting “anti-semitism” is a way to silence people who criticize Israel.

Please allow me to give Iran some modest advice, as seen from my point of view, as an outraged British doctor, regarding the current Israeli attacks on Lebanon:

First, Prime Minister Tony Blair has openly received eight million pounds from the Israeli citizen, Lord Sainsbury. Another Israeli, resident in England, Lord Levy, is responsible for procuring donations for the Labour Party. Lord Levy is helping the police over the illegal sale of titles for money.

In this way, Israel and Israeli citizens living in the UK control the Labour Party´s finances, they arrange the funding. After receiving so much money from two Israeli Lords, it would be financially impossible for Blair to not support Israeli atrocities.

It was a third Israeli citizen, Lord Goldsmith, who gave Tony Blair the legal green light, the excuse to invade Iraq.

Hence we can say that Israel financially controls the British government via the Lords: Sainsbury, Goldsmith and Levy. In America, AIPAC controls Congress. England has the best government money can buy.

Several British families are today taking legal action against Blair and Goldsmith, questioning the legality of changing the leadership of Iraq by force.

Iran should tell the world that Israel violates over 80 UN resolutions and violates the 4th Geneva Convention.

Contrary to the claims of Israel, no civilized, democratic country would behave like Israel, bombing civilians and creating terror amongst the population.

Israel is lashing out, to try to persuade America to bomb Tehran. Israel is afraid to attack countries herself which can defend themselves, preferring to bomb civilians.

Israel says she is “defending” herself in attacking Lebanon. Do the Palestinians who live in the Gaza concentration camp, and the Lebanese, have no such right to “defend” themselves against Israeli occupation? Did the French and Dutch underground not fight the Nazi SS which occupied and invaded France and Holland? Would Israel like to call these brave French and Dutch resistance heroes “terrorists”? If they did not fight the invader, they would be collaborators. The French killed their pro-Nazi collaborators after the occupation.

American planes landed in Scotland, taking bombs to Israel to drop on civilians in Lebanon. The Scottish are very angry about this.

Please do not think that we in the West support Israel. Our papers are not independent of Jewish influence. If a journalist writes about Israel negatively, he is called “anti-Semitic” and loses his job. We have no free press, therefore. Some, like the “The Guardian” and “The Independent”, are less Jewish controlled.

Iran has the right to carbon-free, atomic power. Why not? England is about to build one hundred new nuclear power stations. It is the only way forward. How can Blair deny this to Iran, without being seen as a hypocrite, an arrogant, environmentally unfriendly colonialist?

Also, Iran should… show the west, that Iran is a diverse, open and tolerant society. Give the west, particularly America and Israel, no arguments, no ammunition, to attack you. You are the ones who obey and support and plead for respect for the law and human rights, while Israel and America violate them.

Please express your sympathy to the 4 UN peackeepers, killed by the IDF. Write to their families. This shows the disrespect of Israel for the UN and the international community of civilized nations. Saying “sorry” is too late.

Please consider engaging a public relations firm, like Israel does, to counter anti-Iranian disinformation and propaganda. Iran and the Persian empire have a proud heritage and history. It is the seat of civilization. Let the world see this. Counter Israeli and American propaganda by appealing directly to citizens in the west. Our media and politicians are not representative of the majority of people in the West. Politicians, like Blair, can be bought by the Lords Sainsbury and Levy, and big business. Tell the world about AIPAC. Tell the world, that Anne Frank would condemn the attacks by the IDF on Lebanese children. Tell the world, that Gaza is a concentration camp, surrounded by barbed wire and Alsatian dogs, it is a few steps away from becoming an extermination camp. How will that make Jews, once prisoners in such camps, look? Not good!

Germany has been shown to be, contrary to the propaganda of Israel, a friendly and hospitable country. Praise the Germans. They hate being made to feel bad about what their grandparents did. It has nothing to do with young Germans, they all say. Angela Merkel should not go on her knees to the Jews, over something that happened, before she was born! Israel is now like Germany once was, a racist, apartheid military state that violates the UN, whose “war criminal” soldiers kill civilians, and has accumulated 200 nuclear missiles to threaten its neighbors. The Germans are not as bad, the Jews are not as good, as they would tell us.

elicited this response from him:

I know I would stay away from his dental clinics.

Garry, thanks for playing Anti-Zionist-Not-Antisemite. Unfortunately, you lose!