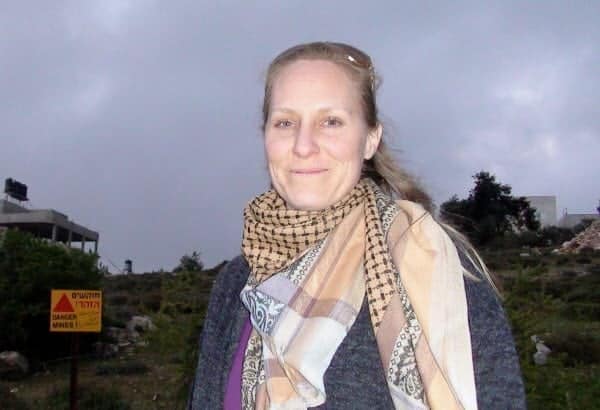 Over two years after I exposed her Jew-hatred, antisemite Ariyana Love continues to libel me and my late wife.

In a blog post on a new WordPress blog she set up, the unhinged hater shows that my post from so long ago continues to haunt her, as she continues to publish lie after lie about me

The first thing she gets wrong is my name. She’s not the sharpest tool in the shed but a tool nonetheless.

Among the other lies about me she publishes:

That I slandered her

Nothing I wrote was false. She is a vile antisemite, as I detailed with screenshots of her own posts.

Love loves to point to the fact she likes the (fringe) Neturei Karta (nutbag) group, but this does not take away from her hatred and contempt for 99.9% of world Jewry. Here is just one of the posts I highlighted: 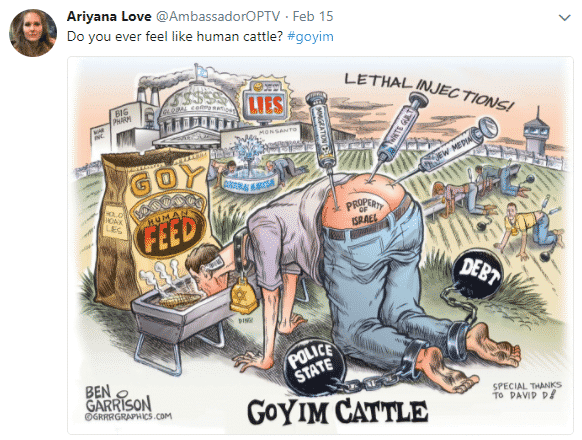 If Love truly believes I libeled her, she can try suing me. I welcome it, since truth is a defense to libel, and it will give me an opportunity to bring awareness of her blatant antisemitism to even more people.

I have actually never called anyone’s place of employment. Israellycool readers sometimes send emails to them, though. In some cases, the antisemite is reprimanded or disciplined because what they have been posting is vile and disgusting racial hatred. Sometimes they are asked by their employer to do community service with Jews. I am not aware of anyone losing their job over it, but if it did happen, I wouldn’t lose sleep over it.

That I work for SAP Israel

I used to work for SAP Labs Israel but left there last year, in order to dedicate myself full-time to my Israel advocacy. As I mentioned in this post, Love contacted them with lies about me, in order to try and get me fired. It backfired spectacularly, as my employer understood 1.there is nothing wrong with defending Israel and exposing antisemites; and 2. Love’s accusations were false anyway

By David Lange’s own admission in one of his blogs he says he lives in an illegal Zionist colony within the Occupied Palestinian Territories (OPT) on the outskirts of occupied Jerusalem.

I have never written any such thing, and do not live in any illegal colony. Not that I accept that Judea and Samaria are “illegal”, but I do not even live there anyway; I live in a town within Israel and not the so-called “occupied territories.”

That I support ethnic cleansing and torture of palestinian children

Not true. Of course, Love does not know the meaning of these terms.

By the way, she claims I support “the ethnic cleansing of Palestine and the torture of Palestinian children like Ahmad Manasrah.” This is all I have posted about him. He was certainly a terrorist, yet I have never mentioned anything about torturing or killing him.

This is also false. My lineage can be traced back to the Israelite tribe of Levy.

Lange’s wife has been quite vocal in her disdain for Palestinian people in her many online blogs. They believe their Jewishness makes them superior human beings and therefore justifies blood lust crimes and Apartheid. Now if that’s not anti-Semitic than what the fuck is? Who the hell is Lange to point a finger and call me a hater?

Going after a woman not here to defend herself is very low, but that is the not-aptly named Love for you. My late wife, who’s name was Ahava (which means ‘love’ in Hebrew), was full of love for everyone. She never wrote about Jews being superior, or showed disdain for ordinary palestinian Arabs. Of course, like me, she spoke out against terrorism, but that is clearly not the same thing. Unless you think all palestinian Arabs are terrorists, which neither of us did or do.

That I promised to dedicate myself full-time to targeting her

Someone has delusions of grandeur. I have promised to dedicate myself full-time to my Israel advocacy, and that certainly includes exposing antisemites, of which Love is one. I have exposed dozens of them since writing about her all those years ago.

This accusation comes straight from the Richard Silverstein school of slander. I am not a hacker, nor ever have been. I am not in touch with hackers. I am a law-abiding person who prides himself on remaining within the law. Exposing someone’s public, antisemitic posts is not only legal; it is a community service.

As I told love in a comment to her libelous blog post, I will have no compunctions about suing her. 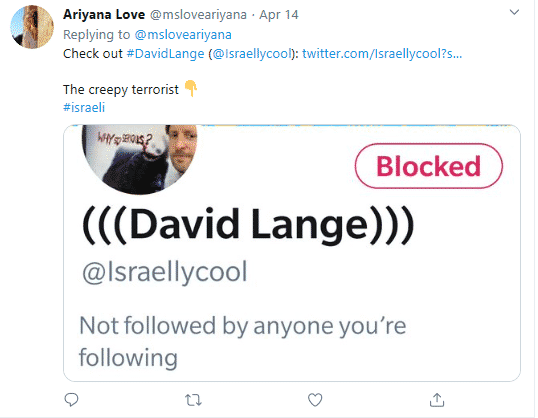