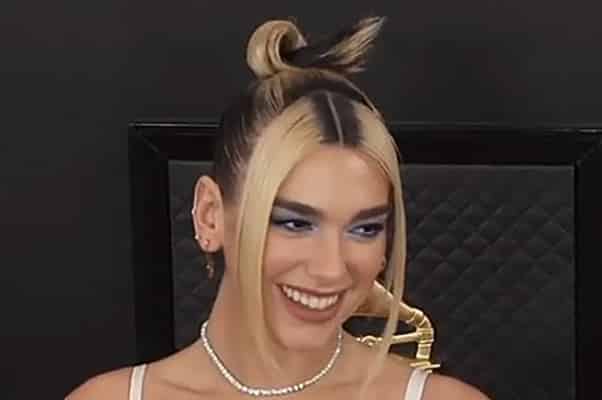 English singer Dua Lipa sparked outrage recently by sharing an anti-Israel and anti-IDF post to her 46 million followers on Instagram. The post blamed Israel for creating Hamas and said in part, “The big bad tough guys of the #IDF thoroughly enjoy beating and shooting children.” Following a backlash, the 2-time Grammy winner deleted the post.

Nonetheless, a petition organized by Im Tirtzu (‘If you will it’ in Hebrew), an Israeli Zionist non-governmental organization was signed by almost 6,000 Israelis and sent to Defense Minister Benny Gantz and Culture Minister Hili Tropper, calling on them to instruct Army Radio to stop playing songs by the pop star.

The original post was by Vinar Fuso, a self-described filmmaker, who has mostly production assistant credits. Although the post did not explicitly call for a boycott of the Jewish homeland, it was clearly anti-Zionist and ripe with antisemitic dog whistles. Israel-basher, Fuso also subsequently took down his post.

Artists are responsible for their own actions and not responsible for the action of their governments, which, in some cases, they passionately denounce. If an artist chooses to be politically outspoken or active, he or she bears the natural consequences of his or her actions. If an artist decides to share an opinion that alienates a certain segment of the audience that is a choice he or she is making. Performing in a country is not, in and of itself, a political statement unless the artist chooses to make it so.

Army Radio said in response to the petition that it “does not boycott any artist. The songs are chosen at the discretion of the editors of each segment.”

Although Ms. Lipa and Mr. Fuso have disparaged Israel, over a hundred artists have raised their voices in support of the Jewish state and against BDS.