Anti-Israel Fauxtography of the Day

A few months ago, Hossein Amir-Abdollahian, former Deputy Foreign Minister for Arab and African Affairs in Iran’s Ministry of Foreign Affairs, and current Special Aide to the President of the Islamic Parliament of Iran in International Affairs, tweeted this out: 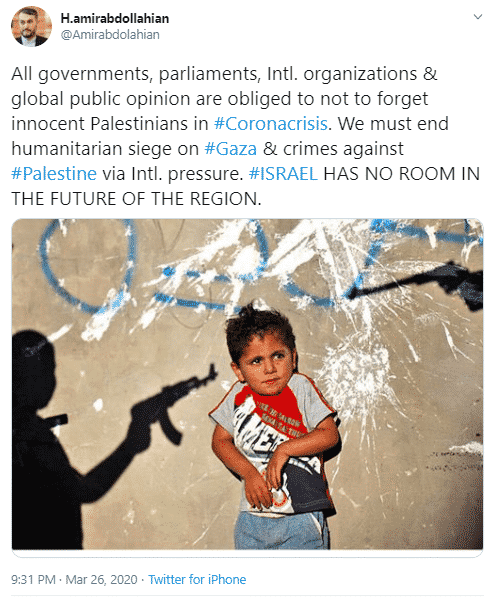 Clearly, he was implying the photo is of a palestinian child having guns pointed at him by IDF soldiers.

A Palestinian boy reacts as youths frighten him by pointing their toy guns at him, in an alley in the West Bank refugee camp of Al-Amari in Ramallah, June. 16, 2009. (Photo: Muhammed Muheisen/AP)

Ever notice how almost every time you come across one of these photos, it is fauxtography? Funny that.