Yesterday, Bella Hadid, supermodel and daughter of Mohamed Hadid, made a big stink about Instagram removing one of her posts.

Palestinian-Dutch supermodel Bella Hadid has called out Instagram for removing one of her posts, in which she shared a photo of her father’s passport showing his birthplace as Palestine.

The 23-year-old model used her social media platform to proudly show her father Mohamed Hadid’s now-expired US passport, highlighting his birthplace as Palestine.

It is not clear why the platform chose to take down the image, however Hadid later shared a screenshot of the message she received from Instagram, citing violations of community guidelines, including harassment and bullying.

Hadid hit back at the platform, tagging them and asking why her post was taken down.

“What part of me being proud of my father’s birthplace of Palestine is ‘bullying, harassment, graphic, or sexual nudity’? Are we not allowed to be Palestinian on Instagram? This, to me, is bullying,” her post read.

“You can’t erase history by silencing people. It doesn’t work like that,” she added. 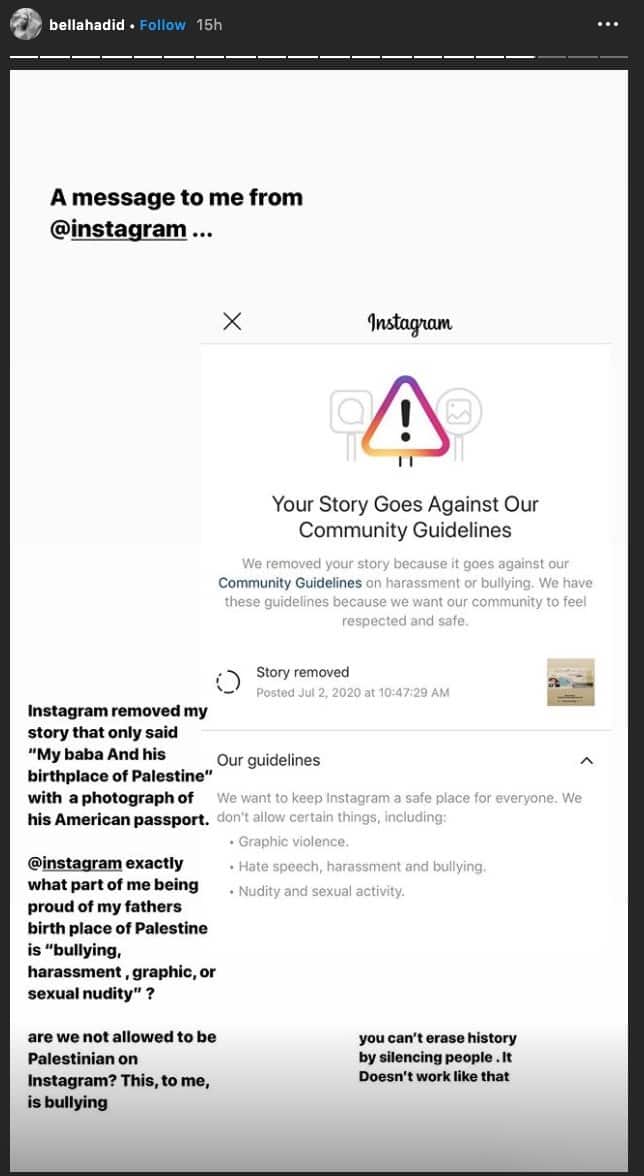 And guess who some pointed the finger at?

“This is not the first time social media companies are distorting history and the facts regarding Palestine and Israel,” said Nadim Nashif, director of 7amleh, the Arab Center for the Advancement of Social Media.

Former Director-General of the Israeli ministry of justice, Emi Palmor, is one of the 20 members of Facebook’s Novel Oversight Board, which Nashif claims affects the decisions made in this organ of the social media giant.

“It is a top-down approach. They started an oversight board which is like a supreme court of Facebook regarding moderation issues, but they chose an Israeli member to sit on this board and she is actively removing Palestinian content and censoring Palestinians’ voices,” Nashif argues.

Blaming it on the Jew even though the Oversight Board contains a number of Israel-haters. Sounds a lot like a certain “ism.”

Well, it turns out the post was removed for an entirely different reason.

A spokesperson for Facebook, Instagram’s parent company, told Page Six in response, “To protect the privacy of our community, we don’t allow people to post personal information, such as passport numbers, on Instagram. In this case the passport number was blurred out, so this content shouldn’t have been removed. We’ve restored the content and apologized to Bella for the mistake.”

But instead of posting Instagram’s response, she posted this 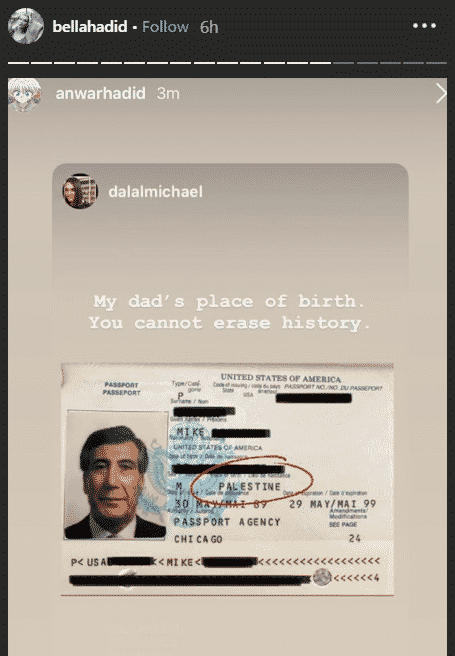 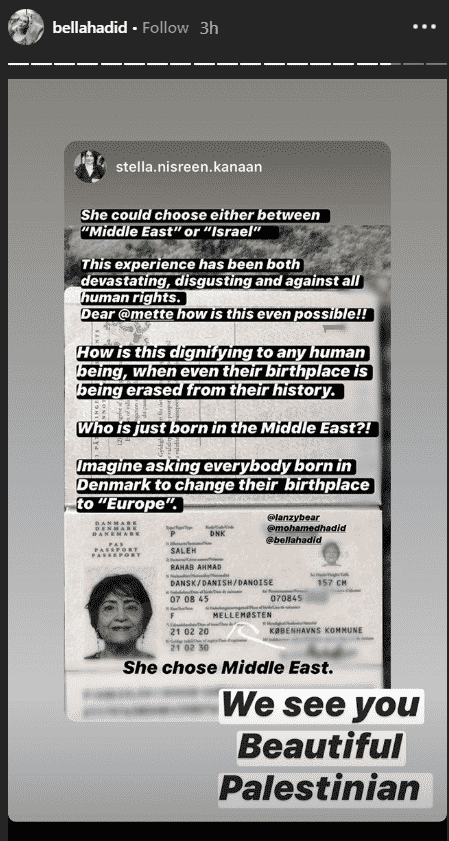 And the damage is done. Many of her millions of followers will believe there is a conspiracy, and many of those will believe you-know-who is behind it.

In fairness, I do not believe she is a Jew-hater 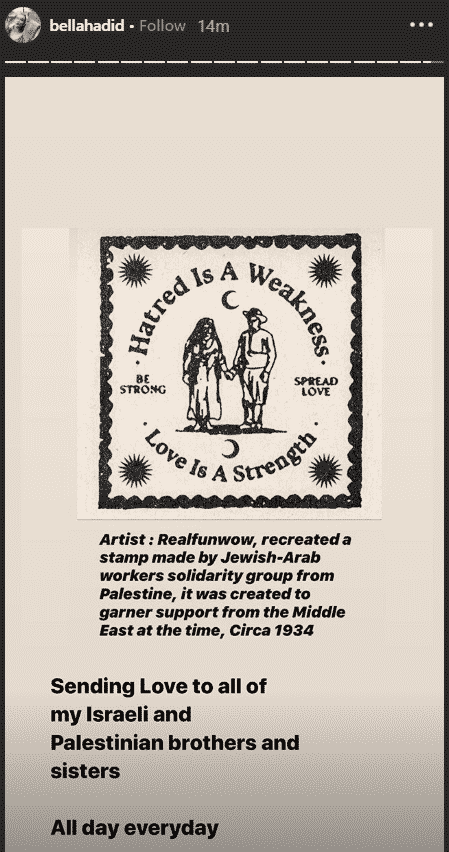 Bu she is grossly irresponsible.