A number of anti-Israel social media accounts have been sharing the following photo and caption: 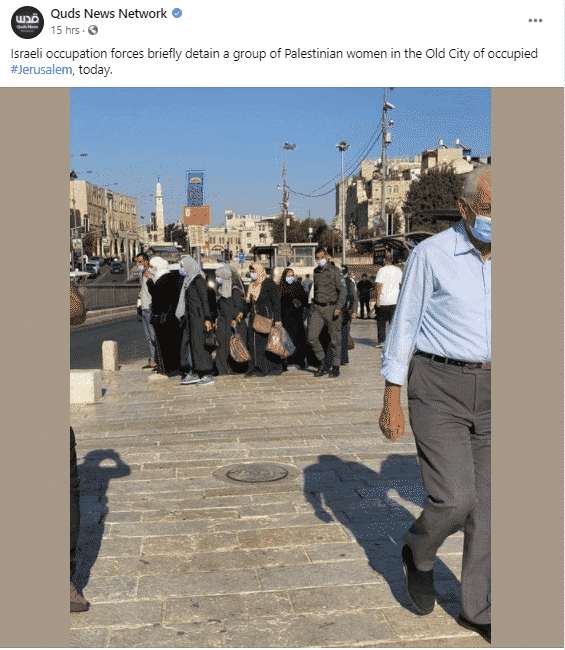 Immediately after seeing it, something did not sit right with me. 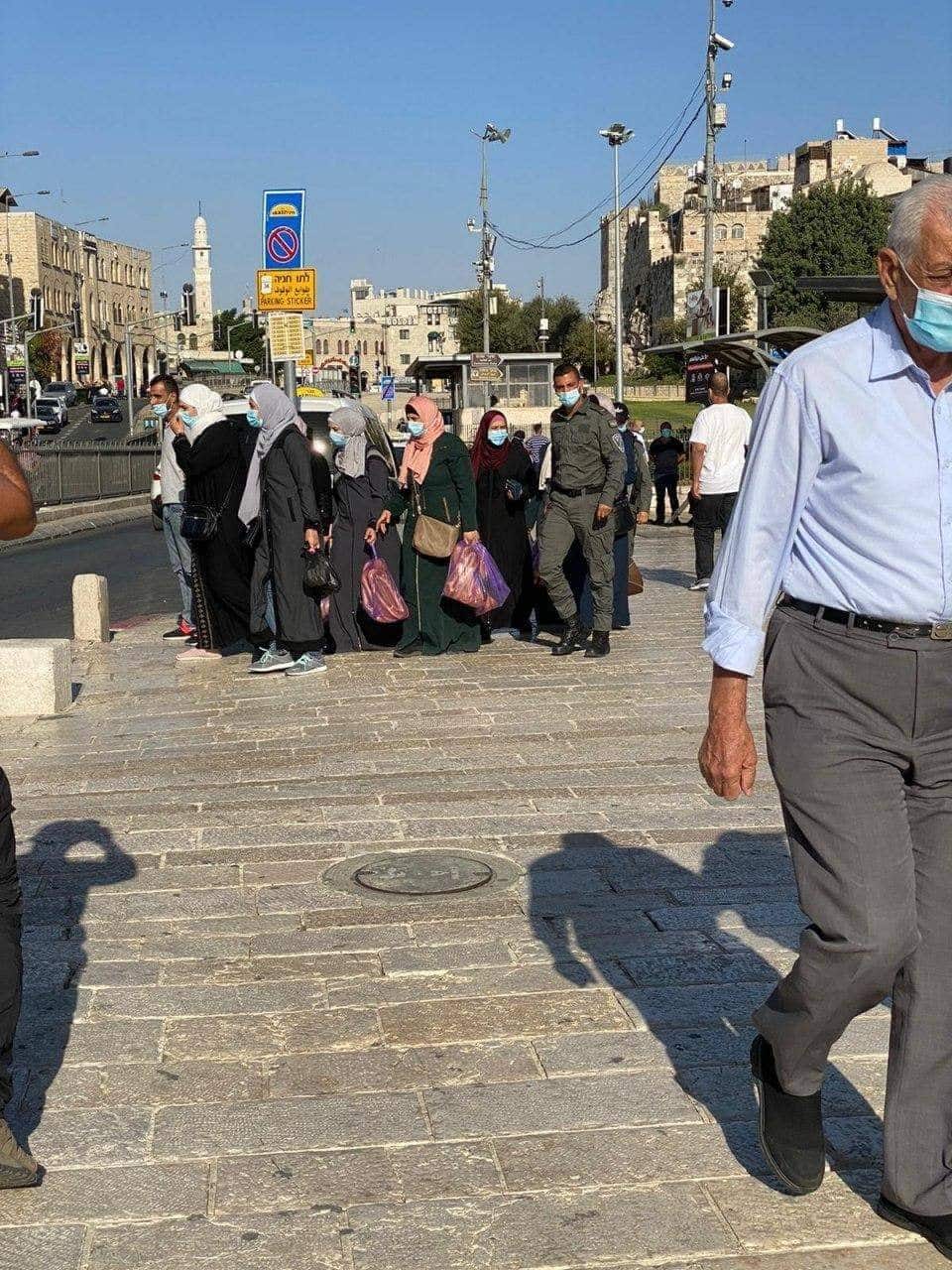 The women seem to be calmly standing at the intersection outside the Damascus Gate of the Old City of Jerusalem, holding what appears to be their shopping and other items. They are not being restrained in any way. The soldier in the photo seems to either just be standing near them, or walking past; there is no weapon in sight, and he is definitely not pointing one near the women.

In other words, there is no indication these women were detained.

I reached out to Fleur Hassan-Nahoum, the Deputy Mayor of Jerusalem, who confirmed my suspicions; she told me no-one in the Jerusalem Police had heard of any women being detained.

Another day, another lie.