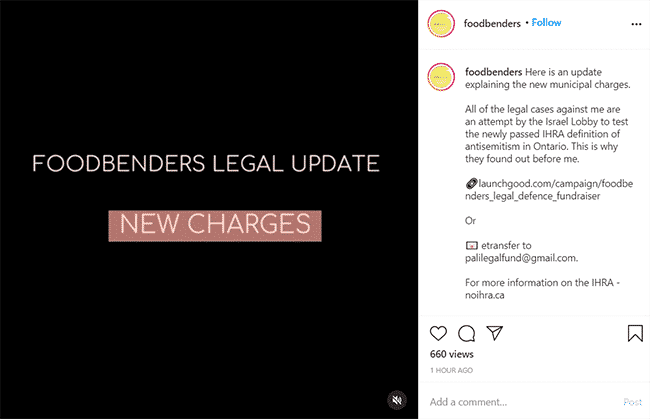 Mention of the “Israel lobby”, and its usual implications of Jewish power and trying to control things, would itself likely fall foul of the IHRA Working Definition of antisemitism, specifically this example:

Making mendacious, dehumanizing, demonizing, or stereotypical allegations about Jews as such or the power of Jews as collective — such as, especially but not exclusively, the myth about a world Jewish conspiracy or of Jews controlling the media, economy, government or other societal institutions.

By the way, the No IHRA website Hawkins mentions at the end promotes this idea:

THE PRIMARY GOAL OF THOSE PROMOTING THE IHRA DEFINITION OF ANTISEMITISM IS TO BAN OR CRIMINALIZE CRITICISM OF ISRAEL AND OF ZIONISM AND SUPPORT OF PALESTINIAN RIGHTS.

This is entirely bogus. As a reminder, this is what the IHRA working definition says:

Manifestations might include the targeting of the state of Israel, conceived as a Jewish collectivity. However, criticism of Israel similar to that leveled against any other country cannot be regarded as antisemitic. Antisemitism frequently charges Jews with conspiring to harm humanity, and it is often used to blame Jews for “why things go wrong.” It is expressed in speech, writing, visual forms and action, and employs sinister stereotypes and negative character traits.

These people oppose the definition because they know their criticism of Israel goes beyond mere criticism similar to that leveled against any other country.