Melbourne’s Monash University released the following animated video on the Plagiarism, collusion and contract cheating section of their website.

It has to be seen to be believed.

Why not have him holding bags of money and be done with it.

Following a complaint by the Anti-Defamation Commission (ADC), the visibly Jewish student has been replaced by a new cartoon character who didn’t appear to belong to any particular religion or ethnicity. 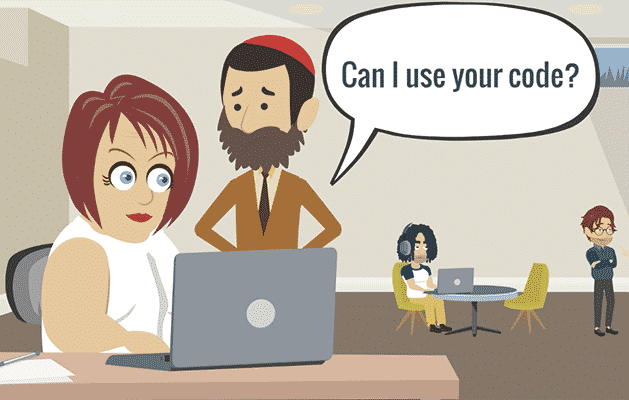 Expressing his concern that the original video focused on “a religious Jew who is negatively portrayed as trying to cheat”, ADC chair Dvir Abramovich said, “While we are pleased that Monash University addressed our concerns quickly, it is troubling that this gratuitous depiction did not raise any red flags.”

In a statement on Thursday morning, a university spokesperson told The AJN the video included characters of “many races, religions and ethnicities to represent the diversity of the global Monash community”.

“This was an educational video to inform students about what behaviours could be construed as plagiarism and to demonstrate that it can be done unknowingly or unintentionally,” the spokesperson said.

“It was in no way meant to suggest that any of the behaviours captured in the video were aligned to a cultural, racial or any other group.”

They added, “Monash apologises to anyone who may have taken offence to any of the images included in the video, which has now been updated based on community feedback.”

But I have questions.

Who thought this was a good idea to begin with? How on earth did this get approved? Besides removing the video, will Monash undertake a review in order to determine how this happened? Will anyone be punished for this?