Jewish Voice for Peace are constantly trying to outdo themselves when it comes to showing how they are Jewish-in-name-only (if that) and certainly not for peace. 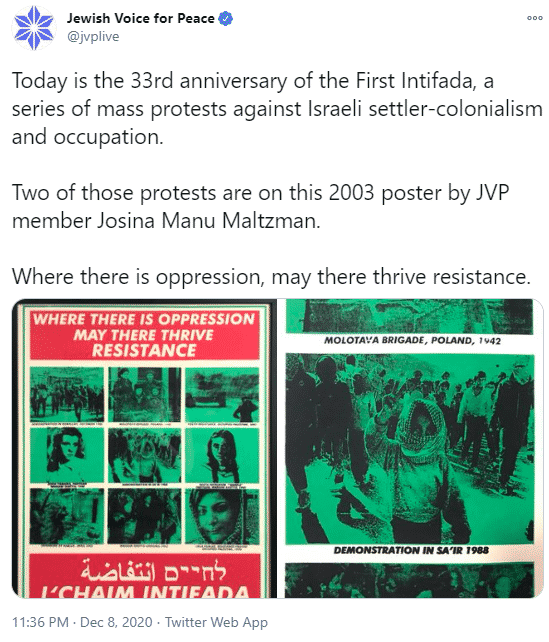 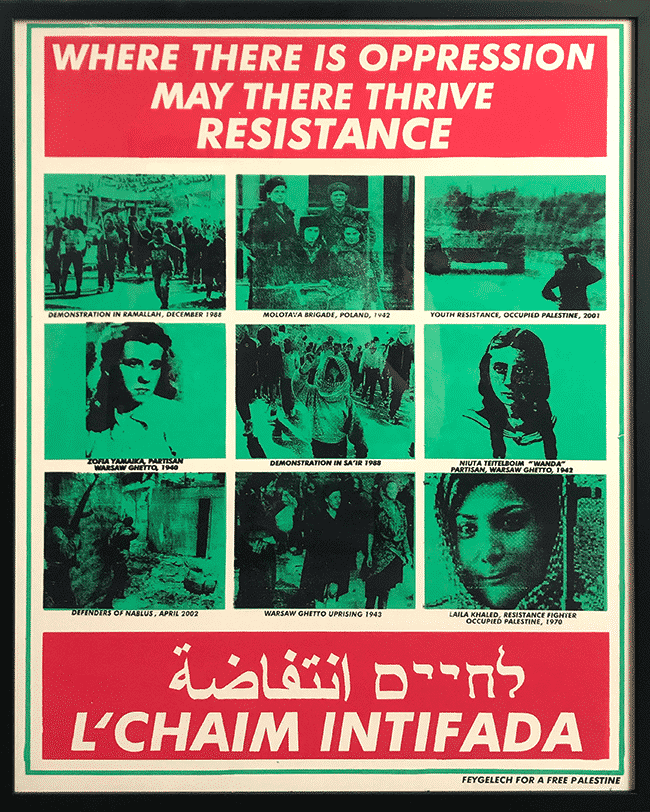 This poster glorifies actual terrorists, and not just “kids throwing rocks” (those rocks can also do a lot of damage, by the way).

During the First Intifada, terrorists murdered 160 Israelis (100 civilians and 60 IDF soldiers) and injured more than 1,400 Israeli civilians and 1,700 soldiers. I am sure JVP don’t really care about this. Yet they also don’t seem to care about the estimated 822 palestinians murdered as alleged Israeli collaborators by their brethren.

JVP are not just glorifying these terrorists; they are going as far as comparing them to Warsaw Ghetto uprising heroes. In doing so, not only are they besmirching the memory of those who perished in the Holocaust, but they are comparing Israel to the Nazis, which is, as I keep mentioning, against the IHRA working definition of antisemitism.

On top of all of this, JVP want to remind everyone they are “Jewish” – hence the use of the word “l’chaim.” This word means “to life” – which is the exact opposite of what these terrorists they are glorifying represent.