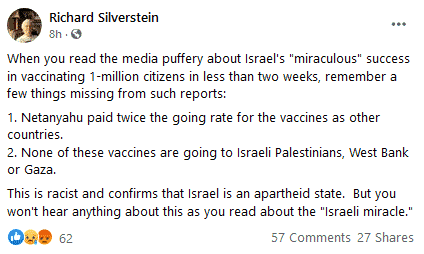 Silverstein’s first point says the exact opposite of what he intends. Whatever you think about Prime Minister Netanyahu, the fact he “paid twice the going rate for the vaccines as other countries” is a credit to him. Leaders should be determined to protect their citizens.

As for his second point, let those words “you won’t hear anything about this as you read about the “Israeli miracle”” ring in your head as you see article after article showing Silverstein to be a flat-out liar: 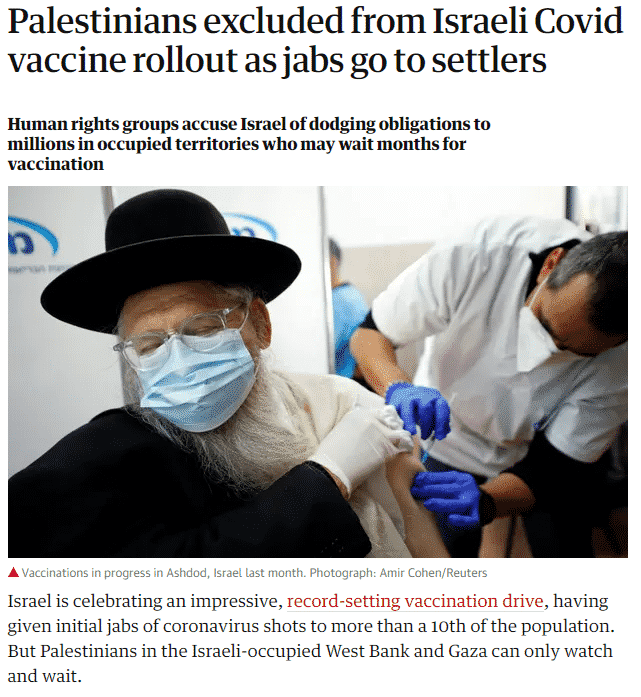 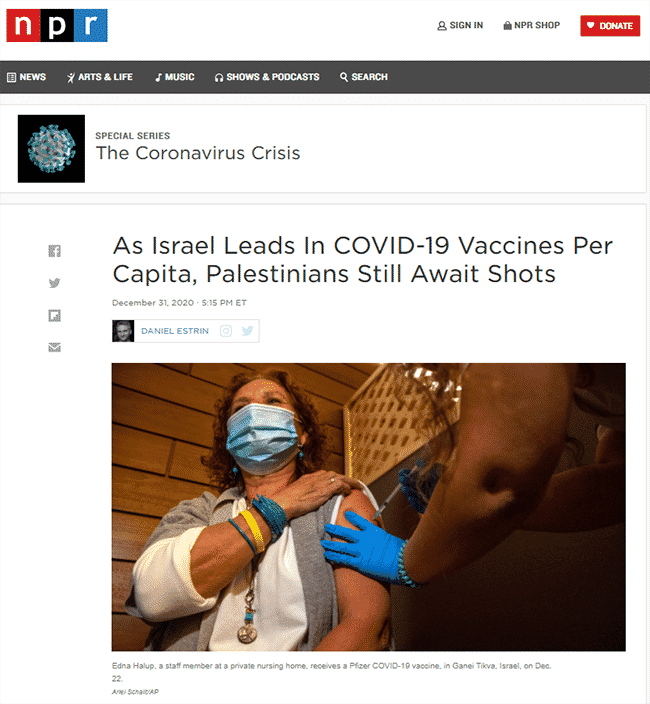 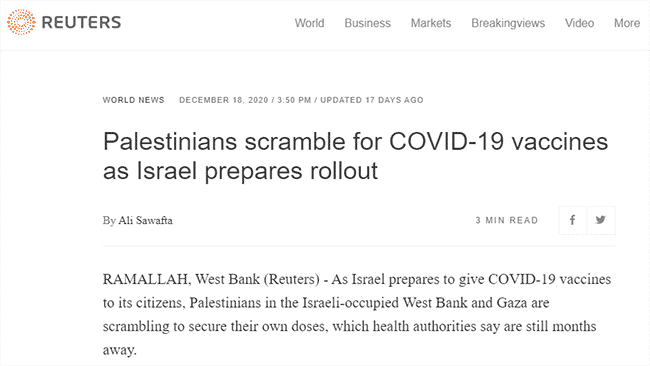 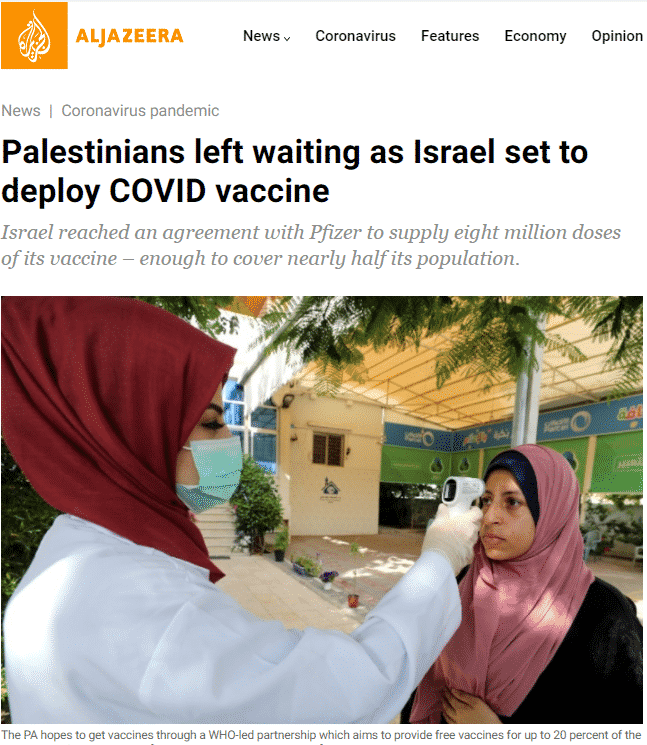 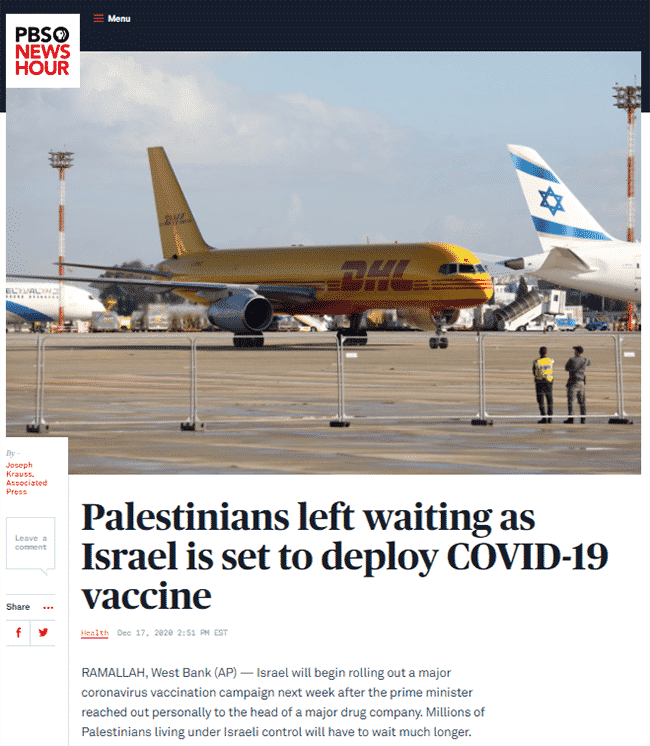 These reports already existed and were being spread like wildfire before Silverstein published this post, so there is no doubt he knew about these reports. As usual, he put out a lie hoping people would just accept it as truth, like they accept all of his other ones.

As for the main contention of these reports, I have already covered that libel – as have others.

But Silverstein loves to swallow his foot, and he doesn’t stop there. 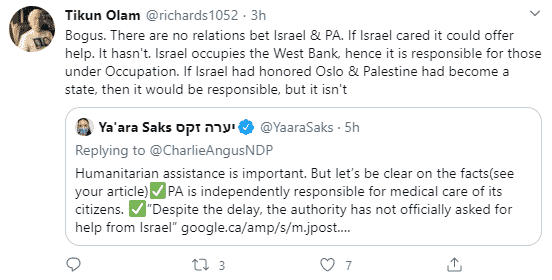 This is a complete misreading of the Oslo Accords. The Accords already transferred jurisdiction over palestinians living in the Gaza Strip and “the West Bank” from Israel to the PNA, whose charter calls for the creation of a democratically elected Legislative Council that could write laws pertaining to the economic, security, educational and health care needs of Gaza and West Bank Palestinians.

From the Declaration of Principles:

ARTICLE VI
PREPARATORY TRANSFER OF POWERS AND RESPONSIBILITIES
Upon the entry into force of this Declaration of Principles and the withdrawal from the Gaza Strip and the Jericho area, a transfer of authority from the Israeli military government and its Civil Administration to the authorised Palestinians for this task, as detailed herein, will commence. This transfer of authority will be of a preparatory nature until the inauguration of the Council.

Immediately after the entry into force of this Declaration of Principles and the withdrawal from the Gaza Strip and Jericho area, with the view to promoting economic development in the West Bank and Gaza Strip, authority will be transferred to the Palestinians on the following spheres: education and culture, health, social welfare, direct taxation, and tourism. The Palestinian side will commence in building the Palestinian police force, as agreed upon. Pending the inauguration of the Council, the two parties may negotiate the transfer of additional powers and responsibilities, as agreed upon.

Then in the agreement itself:

1. Powers and responsibilities in the sphere of Health in the West Bank and the Gaza Strip will be transferred to the Palestinian side, including the health insurance system.

With this kind of lying, it is no wonder Iran’s Press TV loves having him on as an “expert” guest – while any outlet with a shred of credibility stays away from him with a ten foot pole.