Ben-Zion Hadar: The Courage of a Child 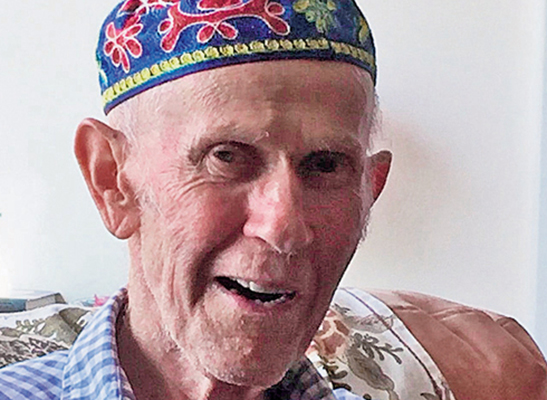 Like any Holocaust survivor, Ben-Zion Hadar’s life is also remarkable. He sprung to the limelight with the publication of the Hebrew best-seller, “The Cigarette Sellers from the Three Crosses Square.”

Starvation and disease were rampant among the half a million Jews crammed into the 2.5 square kilometers of the Warsaw Ghetto. The four-year old Ben Zion had to crawl through holes in the wall with one of his sisters to smuggle in bread for the parents. The children were both “blessed” with the looks of a Pole and knew Polish and Yiddish. On the “Aryan” side of Warsaw, the little ones had the presence of mind to stand in the courtyard of the high-rises of the city and sing Polish songs. People would throw crusts of bread to the “Polish” children. After singing to live, they then would hide out on a rooftop all night. Just before dawn, while the world was still asleep, they sneaked back unnoticed to the ghetto with food.

Among the hundreds of thousands of Warsaw’s Jews sent to be gassed in July 1942, were Ben-Zion’s parents and two of his three sisters. Now an orphan, he took his chance one day to mingle among adult forced laborers cited for work. In doing so, the six-year old escaped and never returned. In “Polish” Warsaw, he met a group of children who had also escaped to the gentile side. To earn a crust of bread he sung on the trams, and with the other Jewish children, went on to sell cigarettes at the Three Crosses Square, a busy street and intersection in the capital and inspiration for the title of the book. To hide their Jewish identity, the children knew not to speak Yiddish among themselves. Through intuition and resourcefulness befitting to adults, they knew they had more chance of surviving if they behaved as if they had nothing to hide. Thus, they chose their “business” location with care: right outside the Gestapo office.

Ben-Zion survived the war and devoted the rest of his life to speaking to thousands about his experience in the Holocaust. His courage and initiative live on in the heart of his people and those who he spoke to. Not that anyone in their right mind would ever claim that cigarettes are good for the health, but in the case of Ben-Zion Hadar, it was the cigarettes with a lot of dare, courage, solidarity and quick-thinking, that enabled the 6-year old to survive.