Is Anti-Racism Teacher Eric K. Ward Tasked with Dividing Our Community Against Itself? 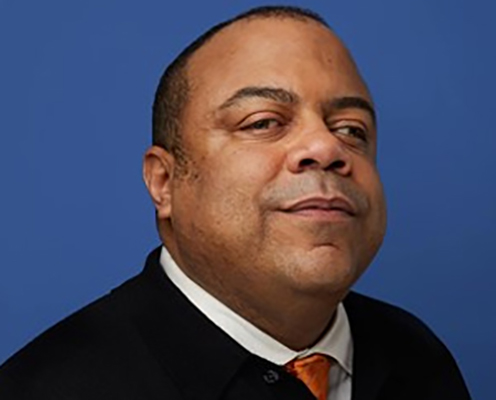 Following my post from yesterday about the Dream Defenders video, around the same time, Eric K. Ward, a Portland-based self-described member of ANTIFA, and community organizer slash punk rocker, quietly co-founded Funders For Justice (a project of the Neighborhood Funders Group), organized funding conferences for BLM, and attended the BLM convening conference. Here is Ward, a comrade of the Dream Defenders, moderating a 2014 Ferguson strategy session on behalf of the Ford Foundation.

Seven years later, he crisscrosses the country promoting Critical Race Theory to Jewish Studies students at Universities. He is tasked with lecturing Jews that antisemitism and White nationalism must not and cannot be separated if Progressive Values are to prevail electorally.

Did I mention Ward also works on the Gender, Racial, and Ethnic Justice team of the Jewish Council for Public Affairs?

Interestingly, Ward frequently rails against the dangers of individualism. Watch him at Berkeley last month to witness the closing of the American mind and the onset of severe groupthink.

He is one of many anti-Zionist Leftist influencers on the payroll of progressive foundations — including the Open Society, the Ford Foundation, Harry Belafonte, Warren and Peter Buffett, the  Casey Family Foundations, and various Rockefeller Family Foundations –  to separate Jews from Judaism.

As late as 2015 – a full six years before Lamont-Hill would admit on the record that one goal of BLM was to dismantle the Zionist Project – the American Jewish community stood united against the BLM platform which accused the US of complicity “in the genocide taking place against the Palestinian people,” referred to Israel as “an apartheid state,” and seemed to be trying to pick up where SNCC left off.  It seemed stunned and saddened, but it did not shatter.

It was simple to see, for those not afraid to look, that BLM was about much more than police reform. For example, as of November 2015, according to the LA Weekly, not one black elected official in Los Angeles had endorsed BLM or its demands.

“It is not helpful,” Jonathan Greenblatt, CEO of the Anti-Defamation League said last week on a podcast when pressed to break down incidents of antisemitism into categories of right-wing, left-wing, or radical Islam, “to take the world’s oldest hatred and try to squeeze it into a round hole.”

Greenblatt and Ward are friends and colleagues – here is an ADL/Eric Ward event in Portland sponsored by Perkins Coie – but they do not yet have their stories straight.

Pressed a second time, Greenblatt eventually conceded his new Annual Report reveals that 16% of antisemitic incidents in 2020 were committed by right-wing extremists.

That’s less than one fifth.

The Progressive Professional Class has a data problem. It is time to question authority.