Good news for those who like their junk food with a Middle Eastern twist. 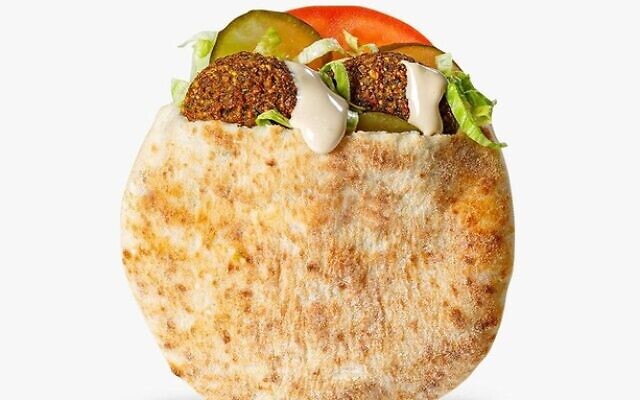 A decade after it first presented McFalafel in Israel, McDonald’s will begin selling falafel, kebabs and crispy chicken in pita breads at its Israeli branches starting on July 7.

Customers looking for Middle Eastern cuisine at the famously American restaurant chain will be able to purchase a McFalafel, McKebab or crispy chicken in a mini pita with tehina, lettuce, tomato, onion and pickles at Israeli McDonalds.

McDonald’s made a similar attempt to bring McFalafel in a lafa wrap to its Israeli restaurants in 2011, but quickly removed it from the menu after it didn’t catch on. Many articles from the time questioned why Israelis would go to a burger joint for Middle Eastern dishes traditionally bought from a plethora of other vendors who specialize in these dishes.
“It was an experiment, and we realized that falafel doesn’t belong in McDonald’s. We wanted a vegetarian dish alongside the corn snacks, but it didn’t succeed,” said McDonald’s Israel CEO Omri Padan told Ynet at the time.

McPita the fool who dares claim they culturally appropriated it from the palestinian Arabs.

As for me, I personally want them to bring back the McShwarma – for this all-time classic advertisement alone.