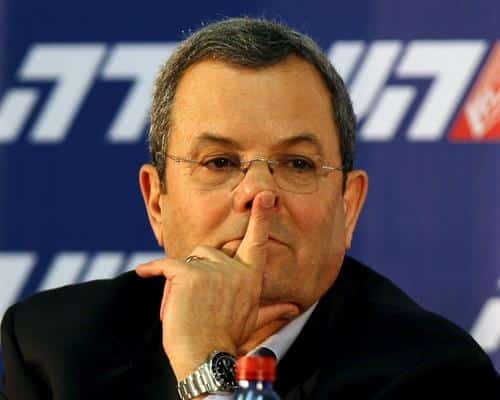 Bibi and ‘Barak to the Future – II’

Guest Poster - June 11, 2019
0
The Palestinians have announced an 'anti Trump peace plan popular uprising'. Reader Gavin explains why he is not surprised.

How to Boycott Israel for Dummies

Guest Poster - May 3, 2019
0
Do you want to learn how to boycott Israel and end the Apartheid state that is complicit in the oppression of indigenous people of color everywhere? This guide will get you started.

The Irish Boycott Movement: Loud and Brash, But Not So Powerful

Guest Poster - May 2, 2019
0
Since Israel won last year’s Eurovision Song Contest, the Ireland Palestine Solidarity Campaign (IPSC) and Sadaka Ireland have been engaged in a loud and aggressive campaign to boycott the competition.

Guest Poster - April 25, 2019
0
Antisemitism unites the far-left and the far-right

Guest Poster - April 18, 2019
1
Reader Chaim would like to add four additional questions to the Passover Seder

Guest Poster - April 16, 2019
0
As a German, I would never have thought I'd be writing this only 70 years after 6 million Jewish men, women and children were...

Guest Poster - April 16, 2019
0
Reader Chaim says there are so many misconceptions about the Haredi community in Israel that need to be debunked

The Great Divide: How Diaspora Leadership Has Lost the Israel Plot

The Hypocrisy of Jordan