The Deliberate Extermination Of Judaism In Yemen

Brian of London - April 4, 2016
9
Yemenite Jews have more right to be in Yemen than the alien Arab/Muslim culture that’s replaced them by conquest.

WATCH: The Continuing Conquest And Colonisation Of Israel By The EU

Brian of London - March 30, 2016
3
Taking a closer look at EU’s attempt to establish a new empire in Israel.

David Lange - February 15, 2016
0
The latest installment in my series to better understand the modern history of our region

LISTEN: And The BBC Just Let This Run And Run

Brian of London - December 28, 2015
5
“True Judaism… they’re against Zionism, those guys with the hats and the curly hair.”

Questions To Break The Silence

Brian of London - December 18, 2015
8
Matti Friedman wants to know where is the American, British or French Breaking the Silence?

Deebo - December 8, 2015
0
Parsi poker player pops into pay a visit to Israel with his papa.

Hey “Progressives,” This Is Your “Peace Partner!”

Sakhnin Soccer Fans Through The Roof

MUST WATCH: Young Egyptian Asks “Why Do You Hate Israel?”

Yom Kippur Greetings From The Famous, Important And Confused 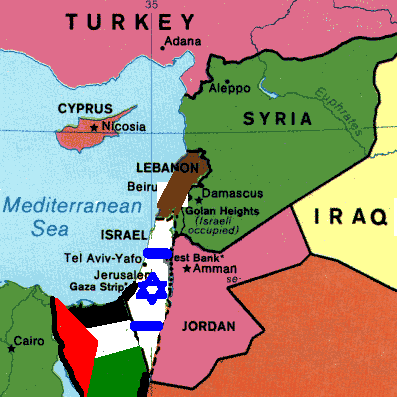