Latest Libel: The Elderly Palestinian Who Resisted a “Settler” Attack

David Lange - October 29, 2019
0
A number of palestinians and haters have been posting this photo of a palestinian Arab confronting a "Jewish settler", with the claim that it was the "settler" and his compatriots who attacked palestinians.

David Lange - June 15, 2018
1
Yet another (presumably deliberate) lie by people who do not have truth or morality on their side 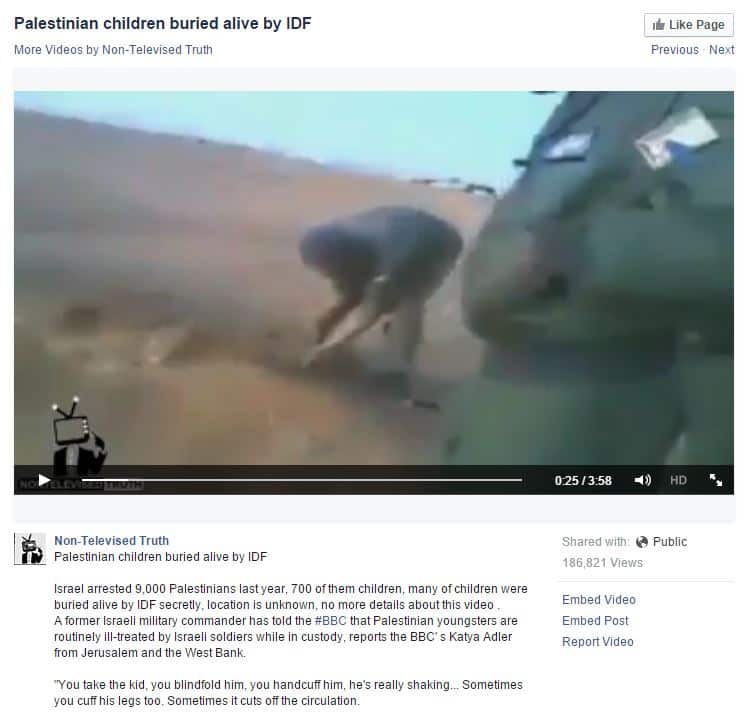 Another Palestinian Blood Libel Against Israel

The Real Story Behind the Palestinian With Down Syndrome

David Lange - July 24, 2018
0
I have already written twice about the palestinian libel against Israel regarding the Down Syndrome boy/youth/man, focusing on the inconsistencies in their accusations. Now I have learned what actually happened.

David Lange - May 5, 2019
2
Many news sites and social media accounts have been reporting the deaths of 14-month-old palestinian toddler along with her pregnant mother, supposedly the result of an Israeli air strike on Gaza. But what actually happened?

Return of the Flood Libel