David Lange - November 2, 2010
6
Yesterday, I posted how Hamas admitted losing 200-300 terrorists during Operation Cast Lead, based on this report. And other reports declared the same thing. There's only one problem. 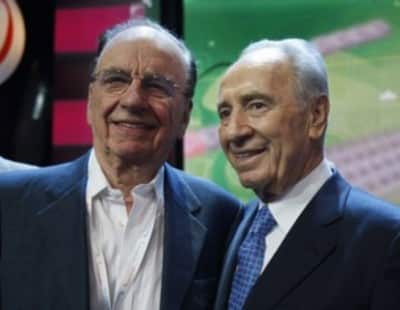 David Lange - October 15, 2010
6
We already knew Rupert Murdoch was a supporter of Israel. But it doesn't hurt to be reminded once in a while.

Dark Side of the Mo(r)on

David Lange - September 29, 2010
9
Musician Roger Waters is one of those celebrities whose moral repugnance seems to at least be on a par with his talent. Besides his musical achievements, he is also known for his anti-Israel views, as I have posted in the past. But now he has revealed his hand - antisemitic Jack-Ace.

ADL, Where Art Thou?

David Lange - January 3, 2010
4
My friend Charles Jacobs rips the ADL a new one. Where's our leadership? We are a small people. We have multiple and powerful external enemies. Striving...

Thumbs Up From Borat

David Lange - October 24, 2008
8
Wow. At least four students from a suburban St. Louis middle school face punishment for allegedly hitting Jewish classmates during what they called "Hit a...
12Page 2 of 2