Harper’s Dismay At Bizarre Lack Of Support For Israel

Now THIS Is An Ally

David Lange - September 30, 2012
8
No Wil E Coyotesqe bomb diagrams were harmed in the making of this video

David Lange - May 3, 2011
10
Canadian Conservative leader Stephen Harper has won a majority of seats in Parliament for the first time, crushing the Liberal party in the process.

David Lange - November 9, 2010
28
The PA is upset, this time over a meeting between the Shin Bet and some Hamasholes and Islamic Jihadniks. 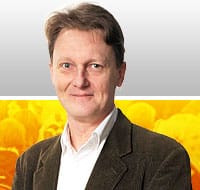 David Lange - August 24, 2010
10
With palestinian leaders threatening to walk out of the upcoming direct talks if Israel does not extend the settlement freeze, the US has stated the freeze will be discussed during the talks itself, and not be treated as a precondition.

David Lange - June 16, 2010
25
The Turkel committee, the committee set up to investigate the botched IDF raid on the Gaza-bound flotilla, is due to convene today for the first time.
12Page 2 of 2