The Man in the High Castle

So I used to be quite a Sci-Fi and fantasy geek, I remember reading a short book by Philip K Dick, the author whose work was made into films like Blade Runner (1982), Total Recall (adapted twice: in 1990 and in 2012), Minority Report (2002), A Scanner Darkly (2006), and The Adjustment Bureau (2011). The book was titled The Man in the High Castle and it was basically an alternate history where the Axis won WW2. Being a student of history, I knew how close the war really was and how the Allies had barely managed to win, so the idea of the Axis winning was not so far-fetched. The book was creepy and well thought out, but like many books I read as a kid, it went into the files in my brain under “pretty good, but not gonna read again.” 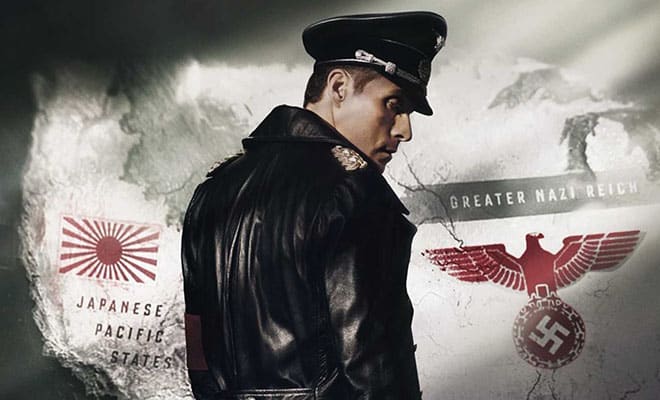 Fast forward almost 30 years and I am at home during this Covid, looking for something to watch. I see on Amazon The Man in the High Castle and it actually has some great actors in it, so I watch it and I am instantly hooked, not because it’s great television (although it really was) but because it resonated with me thanks to some of the travelling I have done since I was a kid.

You see, I have spent time in the Jewish community, I have gotten to know Jews in a way that few non Jews ever have. So now I am watching this show, not just through my lens as an Indigenous North American, but as someone hooked into the Jewish community.

So here is what I saw. The TV show did a great job in character development but it also left a lot unsaid. There were times when you just weren’t quite certain if you should cheer for the anti-hero John Smith who at times just seems like a decent man who would do anything to protect his family, or if you should cheer for the resistance who often come across as zealots who would do anything in order to fight the American Reich and the Japanese, even when it means the deaths of many innocents. This article isn’t really about The Man in the High Castle so I won’t spoil it, but I will say that anyone who doubts the banality of evil should watch it, because it does an excellent job of showing how easily people are sucked into doing horrific things. How rarely we actually manage to be our “best selves”. It’s entertaining while being a cautionary tale. Some of my Jewish friends were really not ok with it for obvious reasons. Seeing schools named after Heydrich and Himmler would be triggering for any decent person.

But this article isn’t really about a TV show, so I should be more forthright. You see, for my people, we actually live in a dystopian world where the perpetrators of our genocide did win. I live in a world where schools, towns and streets are named after men who mass murdered my people. Where if you search the rolls of the Medal of Honor (the highest award in America for valor and bravery) you will find over 50 men awarded medals for killing women and children with artillery. The history that was taught until very recently was written by people who believed in manifest destiny and who venerated stories of the destruction of my people. A prime example of this is John Chivington, a Methodist pastor who was a civil war hero, a staunch abolitionist who also happened to be the architect of the Sand Creek Massacre where the Third Colorado Cavalry killed over 350 Cheyenne and Arapaho, over two thirds of whom were women and children, taking their genitals and unborn babies as trophies in what was called ” the most vicious massacre of the entire Indian campaign.”

And now to quote another John Smith

“I saw the bodies of those lying there cut all to pieces, worse mutilated than any I ever saw before; the women cut all to pieces … With knives; scalped; their brains knocked out; children two or three months old; all ages lying there, from sucking infants up to warriors … By whom were they mutilated? By the United States troops … — John S. Smith, Congressional Testimony of Mr. John S. Smith, 1865

There is a town in Colorado named after Chivington. It was created in 1887, and I remember stopping there on my way to the Sand Creek memorial. It was surreal to drive through a town named after a mass murderer while driving to the site of his crime. I guess what I am trying to say is that I can feel a great deal of empathy towards how Jewish people watching The Man in The High Castle feel, because what is a fictional thing for most, is the reality for North American Indians.

Tags: The Man in the High Castle