An excavator driver rams a bus in Jerusalem, Israel and gets shot.

And if you are going to do such a thing, 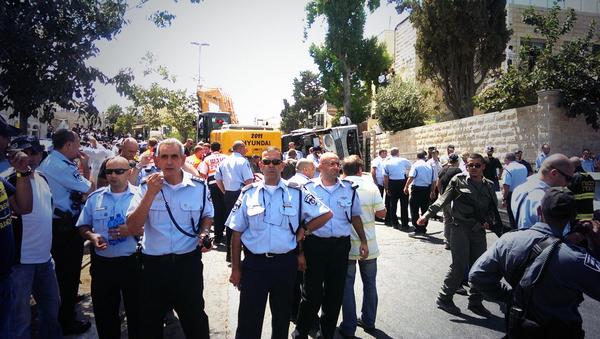 police in area after shooting of excavator driver

near the Police Station, expect a lot of police on the scene.

Bus was empty, driver only slightly injured, waiting to hear on pedestrian who was hurt.