The United Nations International Children’s Emergency Fund (UNICEF) was created by the United Nations General Assembly following WWII. But despite being created in the wake of the Holocaust and despite there being a UNICEF National committee in Israel (established as an independent local non-governmental organization raising funds for UNICEF from the private sector, among other things), UNICEF displays some rather astounding discrimination against Jews.

If you go to the job section of the UNICEF website, this is what you see when you want to filter by location: 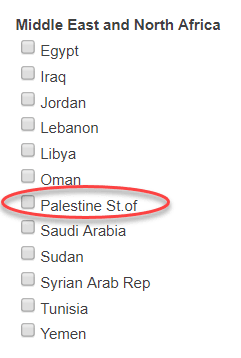 Israel does not exist, and has been replaced by a state of Palestine (despite there being no UNICEF National Committee in the “palestinian territories”).

But it gets even worse. This is the current open position in “Palestine”: 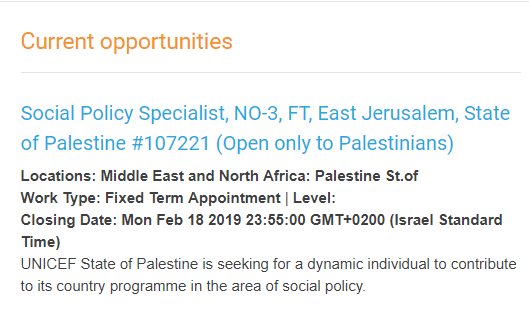 Besides again mentioning the non-existent “State of Palestine,” (although they can’t avoid Israel Standard Time!) the job is specified as being open only to Palestinians. No Jews allowed!

This is outright discrimination against Jews. Danny Kaye would be rolling in his grave.

How is this even allowed?

If you have actually been donating to UNICEF, now would be a great time to stop.