Update: I have been told by multiple sources that Jack’s candidacy was reinstated. He was suspended because a complaint was put in, as standard procedure, but after the complaint was looked into, he was was cleared of any wrongdoing.

So yesterday, this happened at the National Union of Students (NUS) conference in the UK:

That’s Exeter student Jack Morewood, who ran for VP activities, and who, judging from his candidacy page, can be pretty irreverent but clearly anti BDS:

As you could hear, his congratulatory message for Bibi did not go down well among the predominantly antisemitic and anti-Israel crowd. But the response apparently went beyond booing and calls for a “Free Palestine.” 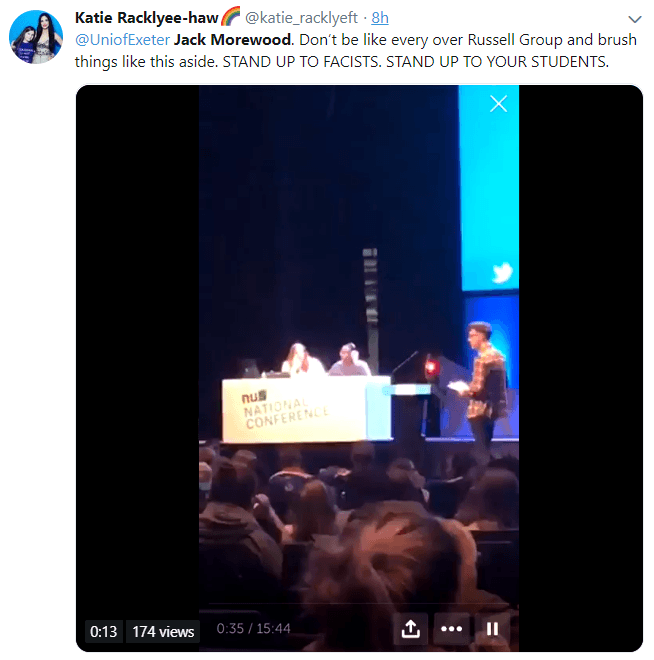 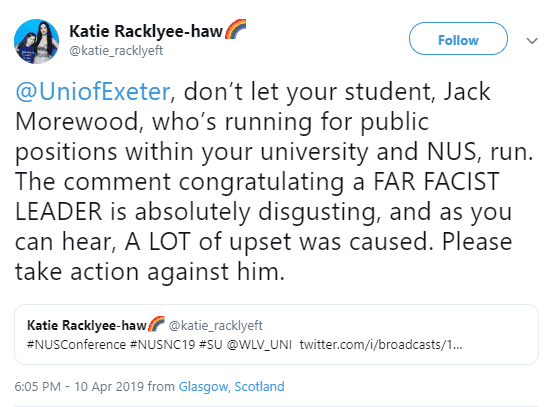 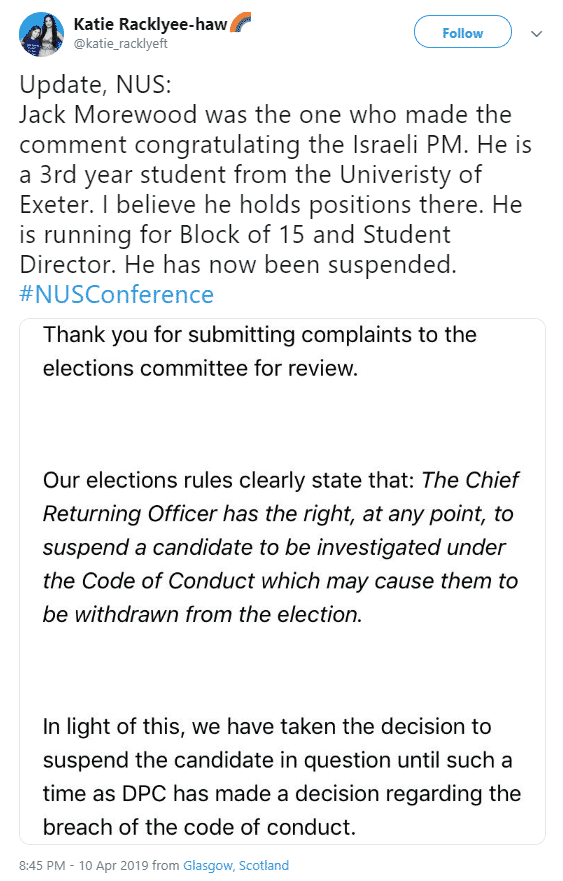 Calling the democratically elected leader of Israel a fascist while trying to get a candidate suspended merely for congratulating that leader – I am sure she is low on self-awareness.

Believe it or not, this student complained after learning another candidate was suspended for antisemitic comments. 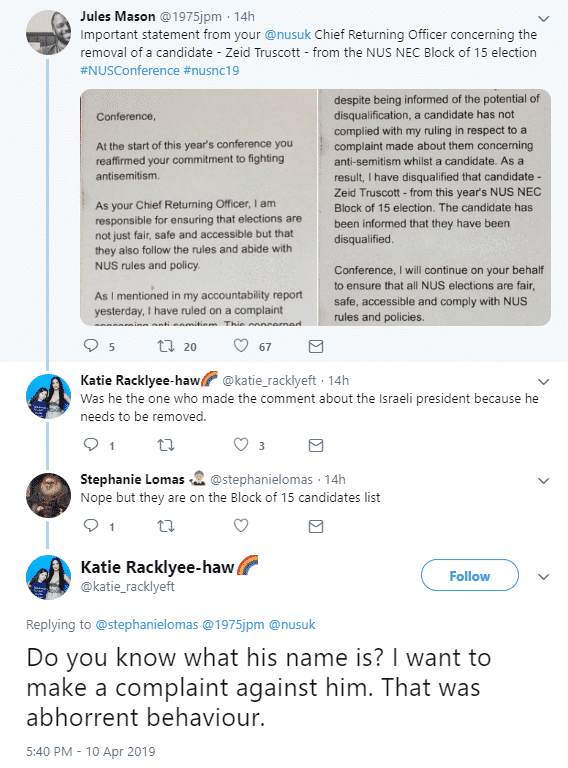 Note how she refers to a comment “about the Israeli President.” Bibi is the Prime Minister. These haters are as ignorant as they are consumed by hatred.

Let’s get behind Jack Morewood by contacting NUS and University of Exeter to complain about how he has been treated.

Update: Meanwhile, things are going from bad to worse for the NUS:

The incoming president of the National Union of Students has said that she wanted to “oppress white people” and have an “Islamic takeover”.

Using the hastag #IfIWasPresident, she wrote on Twitter in 2012: “I’d oppress white people just to give them a taste of what they put us through!” She signed off the message by writing “LMFAO”, which in urban slang is short for “Laughing My F***ing Arse Off”.

Responding a questions online about what book everyone should read, she said: “The Quraan. We would have an Islamic takeover!”

In another question about friendship between men and women, she wrote: “I’ve had this debate with many friends! Maybe in some cases but Islamically it’s incorrect for girls to be friends with a guy anyway! So I’m gonna say NO not the kind of friendship they can have with the same gender there is always boundaries.”

Ms Ibrahim, was elected as NUS president at their annual conference this week, said that her remarks should not be taken “out of context” and they were from a time when she was “struggling” with her view of the world.