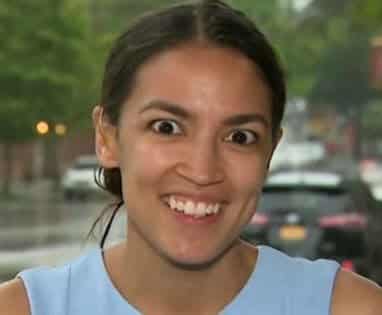 While AOC (as she is not always so affectionately known) shined the spotlight on shoddy conditions at the centers, Americans have become equally mired in the debate as to whether detention centers qualify as “concentration camps.”

”The U.S. is running concentration camps on our southern border, and that is exactly what they are,” AOC declared on June 17 in an Instagram Live video. “If that doesn’t bother you…I want to talk to the people that are concerned enough with humanity to say that ‘never again’ means something.”

With this statement, the first-term Democratic congresswoman managed to create a sideshow that overshadowed the more immediate crisis for several days. Many Jews and other supporters of Israel accused AOC of trivializing the Holocaust while her defenders concurred that hers was an accurate comparison.

AOC announced a few months ago that some of her ancestors in Puerto Rico had fled anti-Semitic persecution in Spain, and so with Jewish blood flowing through her she dubs the detention centers “concentration camps,” a term primarily associated with the mass murder of 6 million Jews. True that Latin American migrants are treated horribly in these centers, but there are critical differences separating Trump from Adolf Hitler. So far.

Better if she exploited her supposed roots to tell Jewish jokes like Tim Whatley, D.D.S., portrayed by a young Bryan Cranston, who advanced from playing a supporting role on a show about nothing to real acting on Broadway – a short subway ride to AOC’s congressional district, which comprises parts of Queens and the Bronx.

It is often precarious to make far-reaching comparisons. In this instance, AOC antagonized millions of Americans, most of whom are no less alarmed by Trump’s treatment of the migrants. No labeling such as “concentration camps” was necessary. Avoiding any reference to “concentration camps,” Speaker of the House Nancy Pelosi addressed her colleagues with a lengthy floor speech on Monday, June 25, that exemplifies how Ocasio-Cortez could have dealt with the matter.

“Little children are enduring trauma and terror,” Pelosi said. “Many are living in squalor at Border Patrol stations. Some are sleeping on the cold ground, without warm blankets or hot meals.”

Referring to a station in Clint, Texas, she pointed out how migrant children were “enduring weeks without a shower or change of clothes…last week the Trump Department of Justice argued in court that the government should not have to provide children in custody with soap, toothbrushes or beds.

“This situation is child abuse,” she continued. “It is an atrocity that violates every value we have, not only as Americans, but as moral beings…Our values are being undermined by the President’s failed policies which have intensified the situation of heartbreak and horror, which challenges the conscience of America.”

How damning a speech can anyone make about Trump? Pelosi even accused Trump of child abuse. Nobody contested that charge.

Even more upsetting is that AOC – a leading advocate for impeaching Trump – and some of her followers, have not learned from her original description of the detention centers. Two full weeks after American Jews and others voiced their outrage, the activist group MOVEON distributed an e-mail promoting a demonstration in downtown Philadelphia to protest conditions at the detention centers.

Interestingly, a letter-writer to The Washington Post on Friday likened impeachment advocates to Abraham Lincoln’s assassin as he responded to a previous letter contrasting Lincoln to Trump.

Thomas J. Ryan of Bethany Beach, Del., wrote, “Lincoln’s opponents used a pistol. The current president’s critics attempt to do him in with vindictiveness. Mr. (Ted) Widmer sees Mr. Trump’s brash tone as divergent from Lincoln’s down-home pleasantries, while he failed to acknowledge the main objective of both men: to defeat those who would divide us, and to make the United States a great place for all its citizens, regardless of race, creed or color.”

Does this make Alexandria Ocasio-Cortez a modern-day John Wilkes Booth?