USC undergraduate student government Vice President Rose Ritch has announced her resignation, due to public antisemitic attacks on social media because she identifies as a proud Zionist. 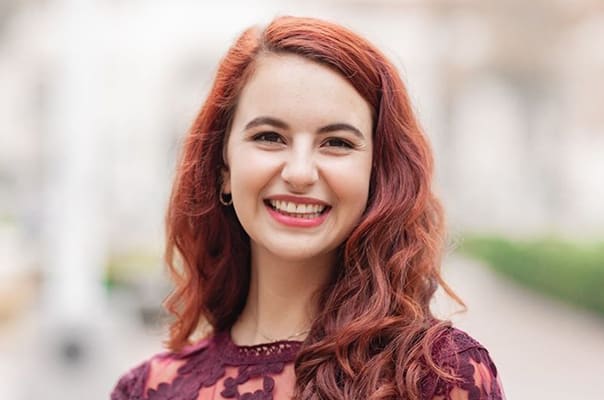 Today, I stepped down from my position as USG Vice President. My letter of resignation, my story, is below:

To my fellow Trojans,

Today, I write to announce my resignation as USG Vice President, effective immediately. It has been an honor to serve in this role, and I am forever grateful for the opportunity. In the coming weeks, I will give my full support to our new student leadership as they transition into their new roles. As this is my last public communication to the USC community, I would like to address the experiences that led to this decision.

I have been harassed and pressured for weeks by my fellow students because they opposed one of my identities. It is not because I am a woman, nor because I identify as queer, femme, or cisgender. All of these identities qualified me as electable when the student body voted last February. But because I also openly identify as a Zionist, a supporter of Israel’s right to exist as a Jewish state, I have been accused by a group of students of being unsuitable as a student leader. I have been told that my support for Israel has made me complicit in racism, and that, by association, I am racist. Students launched an aggressive social media campaign to “impeach [my] Zionist a**.” This is antisemitism, and cannot be tolerated at a University that proclaims to “nurture an environment of mutual respect and tolerance”.

My Jewish and Zionist identity has helped shape every part of who I am, and they cannot be separated. Nearly 95 percent of American Jews support Israel as the Jewish state, inherently connected to our religious history and communal peoplehood. An attack on my Zionist identity is an attack on my Jewish identity. The suggestion that my support for a Jewish homeland would make me unfit for office or would justify my impeachment plays into the oldest stereotypes of Jews, including accusations of dual loyalty and holding all Jews responsible for the actions of the Israeli government.

I was elected to represent all USC students. In fact, the values of social justice I ran on and hold dear are born out of my Judaism and Zionist beliefs. Through the teachings of Kavod Bariot, dignity for all, I understand we have an obligation to stand with our fellow humans to ensure an end to all injustices throughout our campuses and our communities. The value of Lo Ta’amod, “You Shall Not Stand Idly By,” is what drove me to march with my fellow Trojans and Angelinos to protest injustices toward the Black community. And the suffering of the Jewish people – the persecution, massacres, and genocide we have experienced throughout our history – has taught me to speak out for all those who are mistreated.

During this deeply disturbing time for myself and my entire community, I have been fortunate to receive the support of family and friends, the campus Jewish community, and USC Hillel. I am grateful that the University administration suspended my impeachment proceedings, but am disappointed that the university has not recognized the need to publicly protect Jewish students from the type of antisemitic harassment I endured. At this point, resignation is the only sustainable choice I can make to protect my physical safety on campus and my mental health.

We all have the right to our opinions, and to disagree. But in today’s day and age, our campuses have shifted from authentic, in-person conversations to comments and retweets, and we “cancel” anyone with whom we disagree on any issue. There is a disturbing lack of nuance or willingness to grapple with the messy complexities of an issue, and there is no longer any room for change or growth. Students made presumptions about my Zionist identity and leapt to unfair conclusions. No one asked me to explain my passion for Israel. No one asked to learn together, to try to understand and build connections. Instead, the people with whom I have shared a campus with for years, the people whom I desperately want to serve, have tried to make me feel ashamed, invalidated, and dehumanized because of who I am.

The sad reality is that my story is not uncommon on college campuses. Across the country, Zionist students are being asked to disavow their identities or beliefs to enter many spaces on their campuses. My Zionism should not and cannot disqualify me from being a leader on campus, nor should others presume what that means about my position on social justice issues.

As I begin to move past this difficult time, I hope to partner with my peers, allies, and the community to show the many faces of antisemitism and call out those who marginalize others in spaces where we should feel safe and welcome. What happened to me is wrong and unjust, and now it is my turn to make sure this never happens again.

To the Undergraduate Student Government, I challenge you to be better. I challenge you in the coming months and years to have difficult conversations, to look yourself in the mirror and identify shortcomings and flaws. From my first day in student government, USG members have strived to not only better themselves but uplift the entire USC community. And yet, the organization has failed to be an inclusive space for numerous communities on campus. It has failed to inspire unity and it has failed to amplify student voices time and time again. Instead, the organization picks and chooses who is worthy of being highlighted on social media, who can rise to positions of leadership, and whose work is selected to be highlighted in a weekly newsletter. While I regret not speaking out more actively about this during my time in the organization, these issues persist well beyond myself, my Cabinet, and the current organization. And this failure extends beyond student government, but also to the team of professional staff charged with helping to advise and guide the organization. They have failed to create a safe environment for all students, they have failed to promote the inclusivity that they constantly preach, and they have failed to fulfill the duties with which they are charged by both USG and the administration.

I am still hopeful for the future ahead, that each member of USG will use this time as an opportunity to grow and challenge themselves and the organization. I deeply hope that this new chapter creates a space where all students feel included, safe, and valued. It will be a long road, but I am confident that you, the student body, will hold USG and its leaders accountable to the highest standards. Meaningful and productive change is just over the horizon.

Fight on, for change,

This is an absolute disgrace. I will be reaching out to Rose to get more of her story.