Music expresses our humanity. It is through our artistry that we hope to express our collective joys and sorrows during this unprecedented crisis. Music reminds us now, more than ever, that we are not alone in this world and to reach out across the globe.

And when he’s not “expressing his humanity” through music, he is denying Israelis theirs. 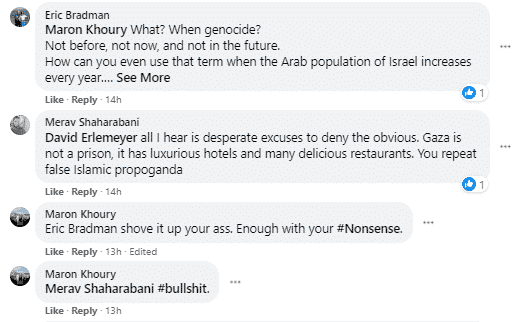 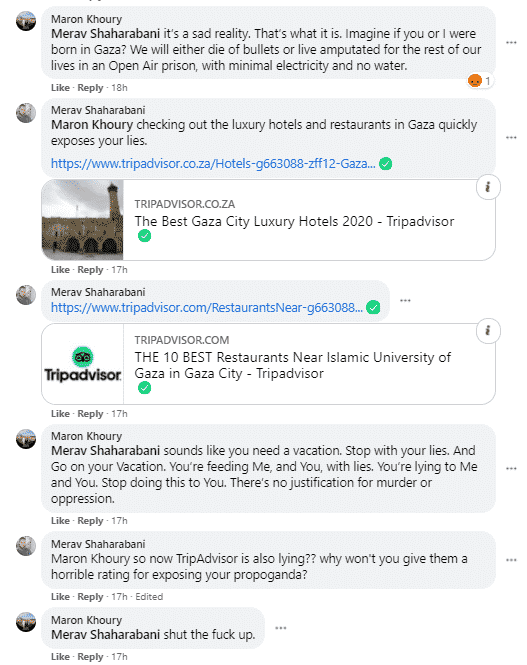 He has also ‘liked’ some questionable comments relating to Jews

Born in the village of Tarshiha, Galilee, to a musical family, Khoury started playing the flute at the age of 11. Three years later, he was admitted to the Curtis Institute of Music in Philadelphia to study with renowned flutist Jeffrey Khaner.

Khoury is a recipient of several grants from the Curtis Institute of Music and the Charles M. Kanev Memorial Fellowship. In addition, he is a winner of the America-Israel Cultural Foundation Scholarship and the Schoen Fellowship Grant in honor of Charlotte White.

Maron might be a virtuoso flutist but he really sucks (hat tip: Michal).