If You Believe in Cancel Culture, Cancel Me Too… 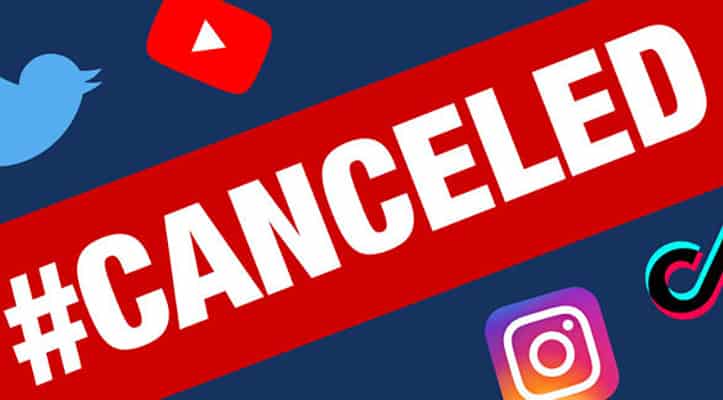 CANCEL CULTURE…“a way of behaving in a society or group, especially on social media, in which it is common to completely reject and stop supporting someone because they have said or done something that offends you.”

Cancel culture is the most anti-human thing our generation created.

These are the thoughts I am having under the snowfall…

I am not the same I was a year ago.

And hopefully, in a year, I won’t be the same as I am right now. This makes us human. The ability to change, grow, expand. In fact, the greatest compliment one can get after not seeing each other for some time is, “Oh, you aren’t the same person I remembered.”

Cancel culture goes against everything that is human.

Imagine a world where we would not change…where we would hold the same opinions and features at 30 as we had when we were 15. We might as well be zombies walking across life…

Habits form us – true dat. But habits are created and shaped by the environment we encounter and the influences we are under.

Habits and influence form us.

But both can be changed.

Apart from the axiom of how we are made up of habits, there is another one: people change when something happens to them that FORCES them to change.

You know….your brother quitting cigarettes only after a stroke, or your best friend starting to eat healthy only after a biopsy test.

This is why turning around Jew-hatred is so very challenging. We are dealing with people – and that is as complex as it can get.

We easily change the habits that are on the surface – but we all have habits that are so unconsciously engraved in us that we need a trauma as a wake-up call. And that trauma can also be something of a good that did not happen.

If you have been reading me, you know that I do not believe in the mainstream idea that if you hug your enemy enough, they are going to melt at one point. E.g., Me hugging a Hamas leader will only make me killed instead of the desired world peace.

BUT, I full-heartedly believe in the ability of CHANGE – in fact, that is the essence of life.

This is why cancel culture is anti-human… because it says: if you say something today, I can use it against you when you are 50. And for what you say today, when you are 50, I will feel okay destroying your life, your family, your career – anything and everything… because you said something TODAY.

On the same merit, no Jew should be speaking to me, right? As when I grew up, I did not know anything more than the Jewish jokes and stereotypes. I was ignorant, and I was taking in the “habits” from my environment.

So should you cancel me for my change and growth? Cancel me for a different life path than yours?

And I am f@cking proud of my journey here.

How much poorer my life would have been if I had not looked into the mirror and asked: Virag, why do you feel what you feel towards the Jews?

Nothing magical here, actually. This makes us humans.

I am not special. I am not unique.

And probably, there are sentences that I’ll say today and in 20 years I’ll have a deep and kind laugh at … and I’ll be sipping my drink and realize: thanks, Gd, that I changed.

Long gone are the times when I judged people for their reactions or ideologies. I am way more interested in what triggered them to get to that point…to that conclusion…

There is always a reason…

…why am I so sure about it?

Well, because nobody is born to be a Nazi…nobody is born with certain habits – they grow into those – and that my friends, is the result of a line of influencers, choices, habits, un-asked questions, un-meet needs, and un-heard internal turmoils.

If you want to participate in cancel culture – stop before you do…because you deprive us of the most human value we have: CHANGE…