Friends With Benefits: Antisemites and the Neturei Karta

Councillor Mushtaq Mughal, who chairs the Labour Group at Newham Council is facing calls for suspension for sharing controversial social media posts which go back to 2016 and 2014. In one post Mughal endorsed a video link of the Neturei Kerta with the caption: ‘Israel is govern by Zyonist not by Jews revealed by Jewish Rabbi [sic]’. 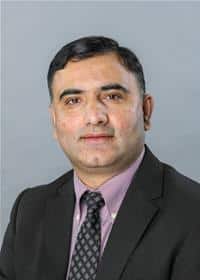 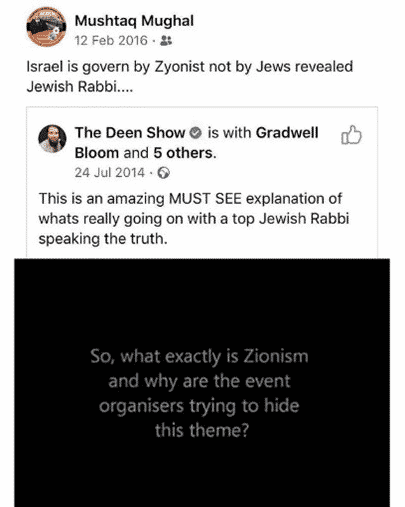 It is not the first time antisemites of the Islamist variety have sought to legitimise their own desire to see Israel disappear by endorsing the Neturei Kerta. They are a ‘a big segment of Jews opposing the Zionist entity’ gushed Yusuf Al Qardawi, an influential Sunni cleric affiliated with the Muslim Brotherhood. This is somewhat of an exaggeration, for the Neturei Karta number at most several thousand worldwide. Members of the sect believe that the Jewish people have no right to self-determination until the arrival of the Messiah and are notorious for their feverish agitation against the state of Israel. 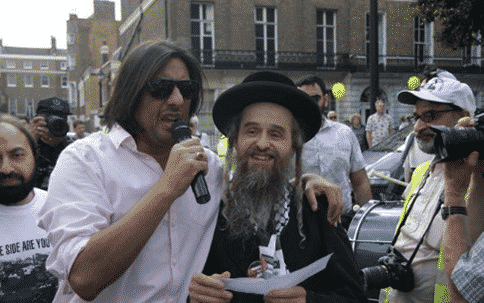 They are sought out by Israel hating activists such as Nazim Ali, the British chemist currently fighting a legal battle involving The General Pharmaceutical Council over antisemitic comments made at the 2017 Al Quds Day March in London. For his defence, Nazim Ali attempted to exploit his alliance with members of the sect to insist anti-Zionism should not be conflated with antisemitism.  Hailing them as ‘true’ Jews, photographs show Ali hugging Neturei Kerta rabbis in these marches where participants would wave the Hezbollah flag before it was  proscribed in 2019. The Al Quds Day March is an annual initiative of the Ayatollahs  held worldwide in which frenzied mobs call for the destruction of Israel.

The regime fobs off claims that Jew hatred drives its obsession with Israel. For example, Ayatollah Ali Khamenei has claimed that the current ‘imposed regime’ known as the ‘Zionist entity’ be transformed into one where Palestinians of all religions choose their government.

Where the message is not for a western audience however, Islamists have no compunction about propagating the obligatory jihad against Israel.  An investigation into the ‘Trojan Horse’ scandal of 2015 – a plot in which conservative Muslims attempted to Islamise secular state schools in Birmingham-  revealed that two anti-Israel extremists had been invited to give speeches at school assemblies at the Park View Academy in Alum Rock. Rabbi Aaron Cohen, a Neturei Karta activist, called for Israel to be ‘dismantled’ and an Islamic cleric, Sheikh Shady Al-Suleiman went a step further pleading with Allah to ‘prepare us for the Jihad’.

It should be mentioned that the Neturei Karta shun the use of violence or military force. The business cards of Rabbi Weiss, a Neturei Karta leader, are embossed with the message ‘Pray for the speedy dismantlement of the state of Israel.’  Handing one these cards to a press representative, Rabbi Weiss, who has been a guest of the Iranian President Mahmoud Ahmadinejad in Tehran, quickly added, that it should come about ‘peacefully’ and ‘without any suffering.’   Thus, the pacifist way the Neturei Karta desires to see Israel ‘dismantled’ stands in stark contrast to the jihadism espoused by their allies some of whom make no secret of their genocidal ambitions.

For this reason, other Haredi anti-Zionist sects have steadfastly refused to participate in anti-Zionist activism and have ostracised the Neturei Karta, Moshe Hirsch, the leader of the Neturei Karta sect in Jerusalem, who served as the ‘Minister for Jewish Affairs’ for Yasser Arafat would travel to Ramallah to confer with the PLO leader. But when Rabbi Moses Teitelbaum, the head of the Satmar sect visited Israel in 1994, he refused to meet with the PLO viewing some its members as terrorists who sought to kill Jews. Whilst affirming his aversion to Zionism, Rabbi Moses Teitelbaum made it clear that he loved Jews. For the Haredim then, Jewish anti-Zionism is a perfectly respectable belief.

A paradox within Jewish anti-Zionism is the belief that Jews are obliged to settle the Land of Israel.  Over the centuries, some Jews made pilgrimages to pray in sacred cities like Jerusalem, Tiberius and Safed. Others, such as the several hundred Hasidic Jews from East Europe who embarked upon perilous journeys in 1770, arrived with the intention of settling. To what extent then can they be described as anti-Zionist? The website of the Neturei Karta states:

The Creator gave us the Holy Land thousands of years ago. Yet, when we sinned, He took it away and sent us into exile. Since that time our task is to wait for Him to send the Messiah. At that time, the Creator alone, without any human being lifting a hand or saying a word, will bring us together and take us out of exile.

In other words, the Neturei Kerta do not deny any claim to the land, the differences that they – and the anti-Zionist Haredim – have with the mainstream Jewish Orthodoxy really only boil down to the timing and method of the redemption.  For their allies, it is unlikely that such a state would be any the more acceptable than the contemporary one, if the example of Shabtai Tzvi is anything to go by. The attempts of the false ‘messiah’ to redeem the Jewish people to Jerusalem in 1661 ended with Shabtai Tzvi being hauled up before the Ottoman Sultan Mehmed IV and forced to choose between death or conversion to Islam.

All of which leads to the conclusion that the odd alliance is one of mutual convenience. For the Neturei Karta, it is a chance to amplify their vitriol against what they perceive to be an illegal state. For Islamists, the Neturei Karta serve as the useful idiots whose token presence at anti-Israel activities brings two benefits; it helps deflect accusations of antisemitism and it shields them from having to air their own vile ideology.

Finally, to the extent that the Neturei Karta look forward to a divine redemption in a future messianic age, it could be argued that it is a misnomer to even call them anti-Zionist.