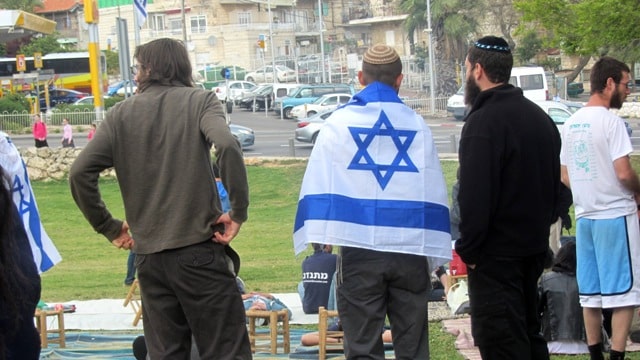 I wondered if I should write this. I do not want to alienate potential advocates because it’s hard enough to find good ones as it is. But I would be remiss if I did not say something regarding advocacy and the proliferation of “advocates” for Israel who, when you really look at for what they advocate, are spreading dangerous ideas and concepts that lead nowhere good for the cause.

Advocacy is all about credibility; if you have it, you will be a good advocate, if you lose it, you will not. This is why authenticity and consistency are so important in being an advocate. Even if you have positions that are not mainstream, as long as you have a reputation for being consistent, people will at least listen even if your position is unconventional.

I believe advocacy is not a competition, it’s a cause. When you take up the cause, you should be aware that it is something you want to do and that you genuinely believe in the cause, you need to do it for the right reasons or you will eventually end up harming the very cause for which you advocate, and you will probably end up being miserable as well. I believe that advocacy needs to be non partisan, but I know that’s not always the case.

Of course, I also believe that many of these so-called advocates intentionally harm the cause because they are not only not genuine believers in the cause but actively stand against much of what we advocate for. I see this a lot in pro-Israel advocacy because we have such a spectrum of political belief within the Zionist cause. We also have so many different sorts of people involved who come at it from different angles. As long as their support is genuine, we should never chase these people away, but when they say or do problematic things, we need to call it out and not ignore it.

There was an Arab “advocate” who became very popular a few years ago, who wrote blogs with such titles as “Arabs are Stupid and Here’s Why” or “Why the Arab World Will Never Evolve.” Instead of asking why someone would write such obviously self-denigrating blogs, people celebrated him, right up until one day he decided that he should turn that vitriol against “Zionists.” He assumed that because it was ok to denigrate Arabs because he was an Arab, it was also ok to denigrate Zionists because he was a zionist.

Recently another “Muslim Zionist” made a long weepy post about how Zionists were cruel and judgemental, and chased her away from being pro-Israel. What she didn’t mention was how she asked an actual Zionist if he would remain friends with her if she became anti-Israel, and was told in no uncertain terms that that Zionist would not be friends with any anti Zionists. This of course offended her and made her believe that Zionists were mean. If someone’s support is based on such shaky convictions, was it ever really there?

I believe these people are in it for the social media clout, the high you get from people “liking” your posts and articles and the almost veneration that far too many in the Jewish community give to any non-Jew who doesn’t openly hate on Jews. If there is even a small interruption in the validation, they get angry and feel betrayed.

The reason this support is neither real nor genuine is because it’s based on transactionals – YOU validate me and like my posts and articles. Or YOU give me money to say things YOU want me to say. Neither of those things will overpower Tribalism in the end, it just does not happen. Their desire to be popular in their own communities will almost always win in the end. The support you want is from people who say what they want to say, who support you not out of a transactional relationship but a symbiotic one. People whose interests not only align but are in fact the exact same. People who support you out of a moral and ethical imperative are less likely to suddenly turn on a dime.

If you advocate for another group purely out of self interest, it’s likely to become a problem. You should be an advocate only because you genuinely believe in something.