Richard Silverstein Shows He is An “Islamophobe”

One of the tactics anti-Israel DouchebloggerTM Richard Silverstein uses against ideological opponents (read: pro-Israel folk) is to smear us with the “Islamophobe” label.

But the truth is, it is Silverstein who holds Muslims in contempt.

His constant apologetics for palestinian and Islamic terrorism is a manifestation of the soft bigotry of low expectations. How we can blame them for being violent? They can’t help themselves in the face of the evil occupiers! By denying them agency for their actions, and the ability to choose between right and wrong, Silverstein has repeatedly shown his low opinion of the palestinians and Muslims.

But now Silverstein has let down his guard and gone full-on anti-Muslim bigot. It started with a comment by an Israeli defending the Saudi who ripped Silverstein a new one, in response to a Silverstein attack: 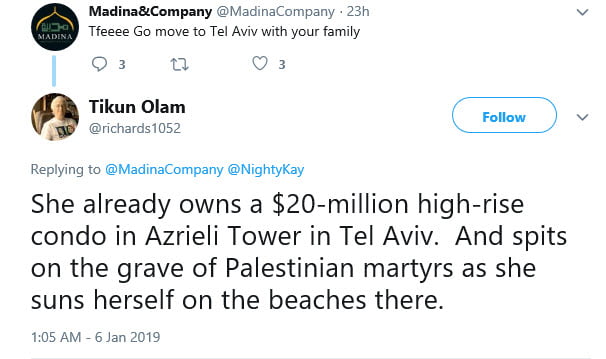 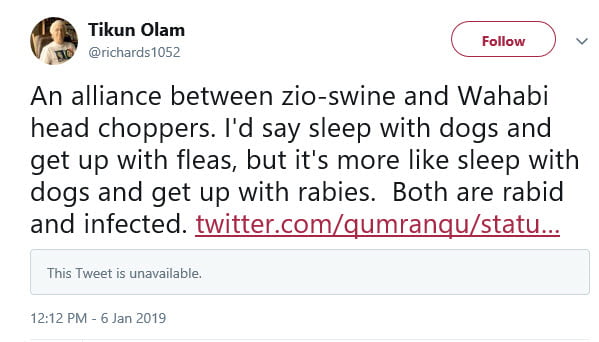 Leaving aside the vile label “zio-swine” to dehumanize those who support Israel, note his labeling all Saudi people as “Wahabi head choppers.” If that is not “Islamophobia”, I don’t know what is.

I should mention that most Saudis are Sunni Muslims. Silverstein is on the payroll of Iran’s Press TV, and Iran is predominately Shi’ite. These two major denominations of Islam do not get along. I am guessing Silverstein has a dog in this race.