I would like to introduce you to two pro-Israel Arab politicians you may not have read about, especially if you rely only on the mainstream media for your news. One is a new US Congresswoman, the other a Likud candidate in Israel. 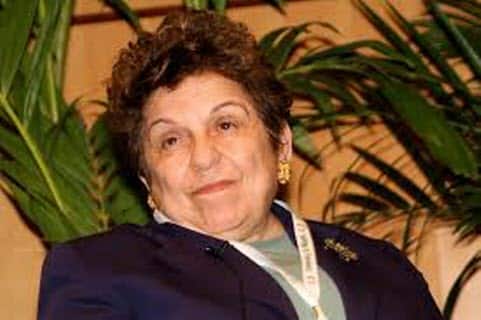 Newly elected to serve Florida’s 27th congressional district, Donna Shalala is no stranger to politics or the relationship between the United States and Israel. She served as Secretary of Health and Human Services under President Bill Clinton, where she traveled to Israel and helped researchers there obtain grants from the National Institutes of Health, in addition to assisting with other initiatives inside the Jewish state.

Shalala, who is Arab-American, was endorsed by the Jewish Democratic Council of America. She defeated Maria Elvira Salazar in the midterm elections to replace the retiring Republican Rep. Ileana Ros-Lehtinen, known to be staunchly pro-Israel, and became the second-oldest freshman representative ever.

JNS talked with Shalala by phone. The interview has been edited for brevity and clarity.

Q: What is your overall stance on the U.S.-Israel relationship? I know you were briefly detained at Ben-Gurion Airport in 2010 on your way back to the United States.

A: I issued a statement saying that Israel had a right to protect the security of its people. I didn’t have any problem with that. My Jewish friends had a bigger problem than I did. They thought it was absurd. The prime minister got up in the Knesset and said, “We got to take a look at our security because Donna Shalala is one of our friends.” So it wasn’t a big issue as far as I’m concerned.

I’ve been a friend of Israel for a long time. I’ve been working with the universities within the health-care system for a long time. I first went to Israel to be on Mayor Teddy Kollek’s Jerusalem Committee to help plan the city of Jerusalem when I was a young urbanist, a young academic, teaching at Columbia [University]. And I have honorary degrees from the Technion-Israel Institute of Technology, the University of Haifa and from Ben-Gurion University [of the Negev].

Q: What experiences did you have with Israel when you were HHS Secretary?

A: I actually worked with Israeli health officials to guarantee the Weizmann Institute [of Science] scientists the opportunity to apply for NIH grants among other things. I worked with women leaders in Israel on health-care issues. I went in and out of Israel four times when I was secretary.

Q: How many times have you been to Israel?

Q: What’s your stance on BDS? In 2010, as University of Miami president you said “there will never be a boycott of Israel.”

A: I’m absolutely opposed to a boycott of any kind both in terms of disinvestment, as well as in the attacks on Israeli academics by the British Union. I was one of the first college presidents in the country to denounce that.

Q: What is your reaction to fellow incoming Democrats Ilhan Omar, Alexandria Ocasio-Cortez, and Rashida Tlaib, who have made anti-Israel statements?

Q: Do you have any specific plans regarding the U.S.-Israel relationship, particularly when it comes to introducing legislation?

A: I intend to work with a coalition of members of Congress, many of whom represent South Florida, like [Democratic Reps.] Ted Deutch and Debbie Wasserman-Schultz, to make sure we continue to make sure that Israel survives and thrives.

Q: What is your stance on the Anti-Semitism Awareness Act?

A: I have not looked at specific bills, but I’ll be talking to my colleagues about a list of things I intend to support. Anything that has to do with antisemitism you can be sure I’ll be front and center.

Q: Anything else our readers should know about you?

A: They should know there’s an Arab American with longstanding support of Israel who’s just been elected in South Florida.

Now to Israel, where Arab-Israeli Dima Tayeh is running as a candidate for Prime Minister Netanyahu’s Likud party. 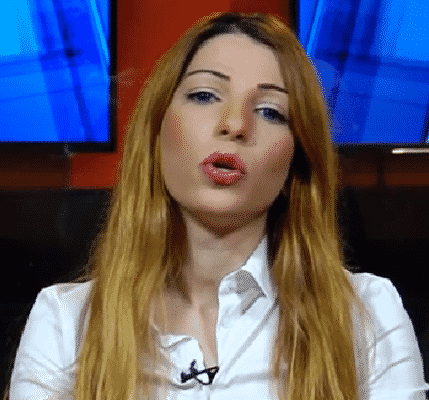 A Muslim Arab woman running as a candidate for Prime Minister Benjamin Netanyahu’s right-wing Likud party defended her decision in an interview with i24NEWS on Tuesday, despite her having been shunned as “disloyal” by her family.

Dima Tayeh, from the village of Kafr Manda in Israel’s northern Galilee region, announced earlier this week that she would be seeking a spot on the Likud list.

If elected, she would be the first Muslim Arab lawmaker to join the Likud party.

Tayeh praised Prime Minister Benjamin Netanyahu as a strong leader and dismissed his potential indictment on bribery and corruption charges. She also brushed aside criticism of the party’s spearheading of the recently-passed Nation State law, which outraged the country’s Arab minority by declaring Israel the nation state of the Jewish people.

Tayeh, who participated in a campaign against the anti-Israel BDS movement in the US last year, said that she does not identify with the ideologies of other Muslim Arab members of parliament.

“Arab Knesset (parliament) members…are not doing anything for the sector and they are not representing all of the Arabic sector,” Tayeh told i24NEWS.

And here is Dina, over a year ago, in an interview with the Arab-Israeli Musawa TV channel, defending her decision to participate in an anti-BDS conference.

Spread the word: there ARE Arabs and Muslims in politics on the right side of history – they are not all like Rashida Tlaib and Haneen Zoabi.