Answer: If you are The Muslim 500 (The World’s Most Influential Muslims), then you call them Muslim Persons of 2019. 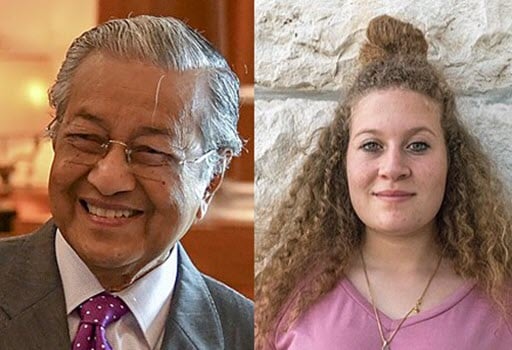 A teenage Palestinian resistance icon and Malaysian prime minister have been named the Muslim persons of the year in the 2019 edition of the Muslim 500, a list of world’s most influential Muslims.

Ahed Tamimi, a 17-year-old Palestinian, was released in August after an eight-month stint in Israeli custody.

Tamimi has some very bad memories of the Israeli forces who killed, arrested and injured several of her family members in recent years.

This years’ edition of The World’s 500 Most Influential Muslims pronounced Tamimi “a hero on the field”, praising her efforts to defend Palestinian cause.

“This quite extraordinary man has had a dynamic political career spanning 70 years and yet at the same time been the author of 17 published books,” the report said.

You would have thought the Muslims of the Year would be some who had contributed positively to humanity, whether in the arts or sciences. But no, hating Jews and calling for their murder seem to thrust you in to pole position.

By the way, the Muslim 500 is run by The Royal Islamic Strategic Studies Centre, an independent research entity affiliated with the Royal Aal al-Bayt Institute for Islamic Thought in Jordan. Good to see such positive sentiments towards Jews coming from one of our peace partners.