Quds News Network have quietly removed this post, after I pointed out to them (and the world) that the photo is actually of the IDF removing Jews (for benefit of palestinian Arabs). 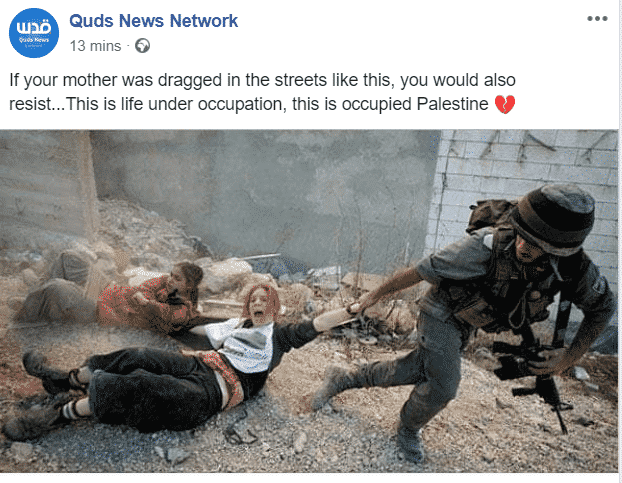 No apology or retraction, because they did not delete it as part of some dedication to the truth. They deleted it because they got caught in an obvious lie, obvious even to their own army of dedicated fans. And this particular lie actually undermined the entire premise of their post.

It is now business as usual for Quds News Network as they have already posted another libel since then. But that’s for my next post!