Afghanistan’s Ariana News reports something currently not being reported outside of Afghanistan: 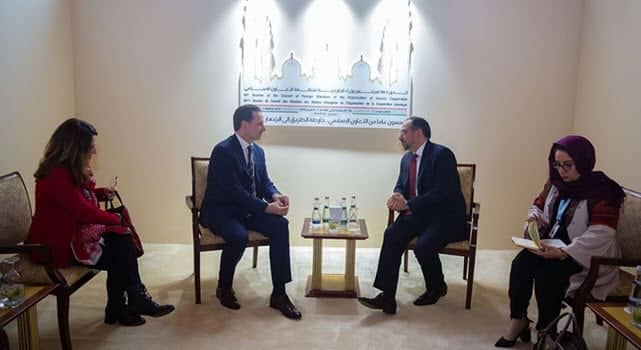 Afghanistan has provided one million U.S. dollars in aid to Palestinian refugees, the Foreign Affairs Ministry said in a statement on Saturday.

The statement said that funds will be given to the United Nations Palestinian refugee agency.

It comes as Afghanistan’s Foreign Minister Salahuddin Rabbani met with Pierre Krahenbuhl, the commissioner-general of United Nations Relief and Works Agency for Palestine Refugees in the Near East at the 46th Session of the Council of Foreign Ministers of the Organization of Islamic Cooperation in UAE.

Thanking Rabbani for his country’s assistance to Palestinian people, Pierre Krahenbuhl said that the funds will be spent on education of the Palestinian refugees.

The provided $1 million money was transferred to UN bank account through Afghan embassy in Turkey, the statement noted.

The announcement comes after the United States halted all funding to the agency last year.

Afghanistan is one of the poorest countries in the world and is way worse off than the “West Bank” and Gaza.

Afghanistan’s GDP per capita (PPP) is $1972, while the “West Bank” and Gaza’s is over double, at $4885. And Afghanistan receives more in foreign aid than the palestinians, with the US providing $5.7 billion of it in 2017.

Which begs the following questions:

This is truly ridiculous.