Palestinians: We are lords of the ridiculous attempt to fool people using actual Hollywood actors. 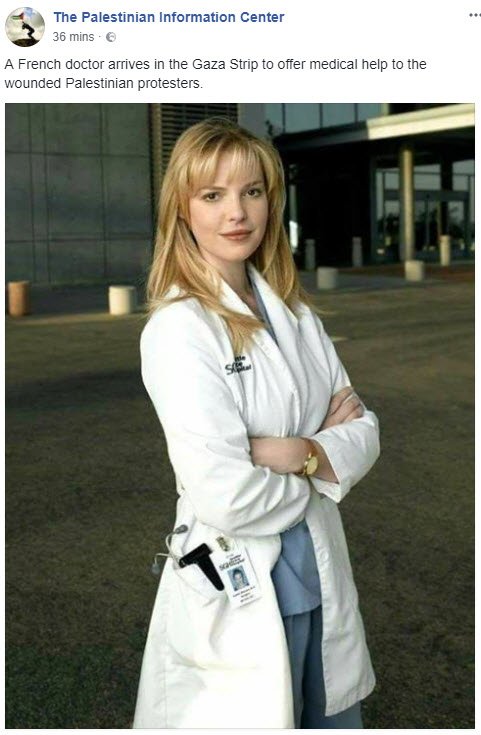 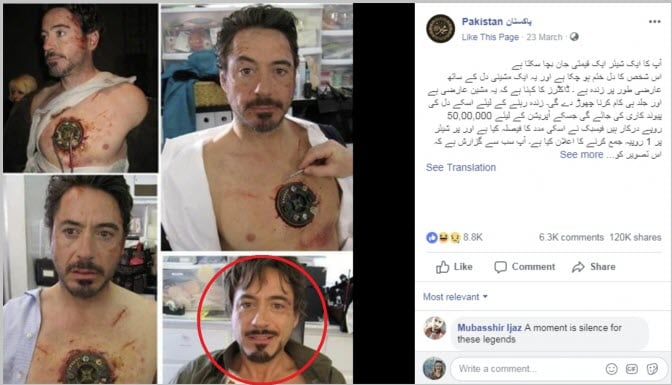 Multiple Facebook posts which have been shared tens of thousands of times contain a photo collage which purports to show a heart transplant patient. The claims are false; the photos in fact show US actor Robert Downey Jr. wearing prosthetic makeup behind the scenes of the 2008 superhero film Iron Man.

It includes four photos of a bearded man with what appears to be a circular mechanical device attached to his chest.

The Urdu language caption translates to English as: “Your one share can save a precious life. This person’s heart has failed, and he is alive because of a mechanical heart. Doctors say this is a temporary machine, and will soon stop working.

“To keep him alive, he will need a heart transplant, and that operation will require five million rupees. Facebook has decided to help him, and contribute one rupee for every share.

“You are all requested to share this photo in as many groups and with as many friends as possible. Your one share can save a precious life.”

You have to Marvel at their lame-brained attempts to pull the wool over our eyes.