One of those who featured was Labor MP Richard Burgon, who tweeted this after the demonstration: Nice of him to express his pride to join so many fellow haters and antisemites. Sounds like he fits in well in the UK Labor party.

But notice the flag emoji he included in his tweet. It’s clearly supposed to be the palestinian flag, but he used the Jordanian one!

Here’s a comparison of the two, with the Jordanian flag above the Palestinian flag. 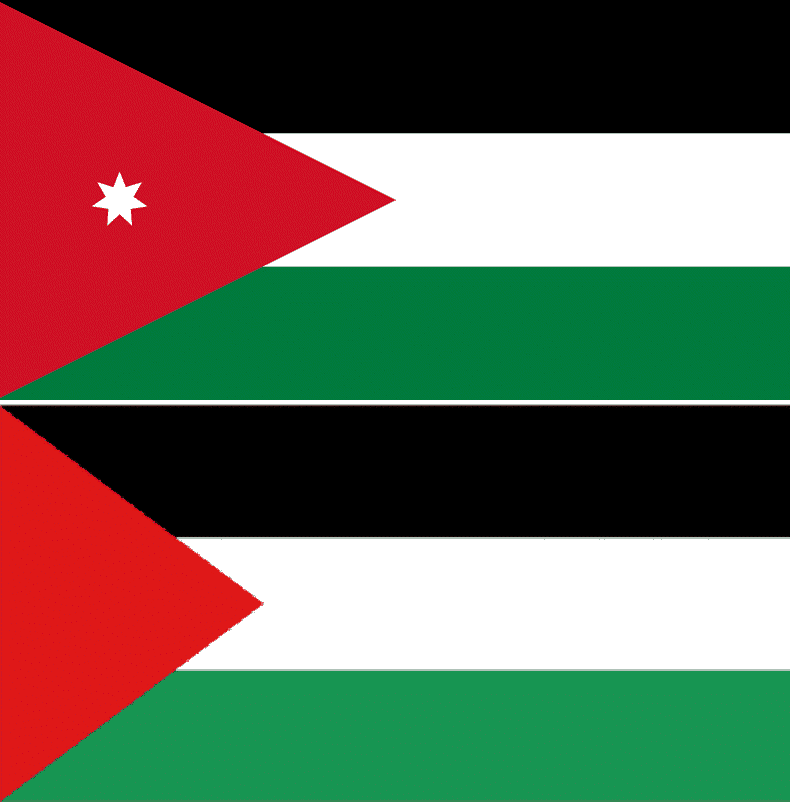 By mistaking the two, he has inadvertently lent credence to the view that Jordan is Palestine, something he most definitely doesn’t support.

It also reinforces my view that so many of the Israel-hating crowd are huge ignoramuses and dumbasses.

Update: Yeah, he’s not too sharp.

Who wants to see the man who wants to be the Secretary of State for Justice – @RichardBurgon lie, lie & lie again about his comments on Zionism? Oh go on then….

Superb job by @Emmabarnett, taking interviewing on Newsnight to levels not seen since the heady days of #Paxman pic.twitter.com/hBLWonxu1E