..or should that be piss.

Yesterday, I posted how members of the DC Dyke March banned flags with the Jewish Star of David.

Meanwhile, at the Detroit Pride Parade, where even Israeli flags were not banned 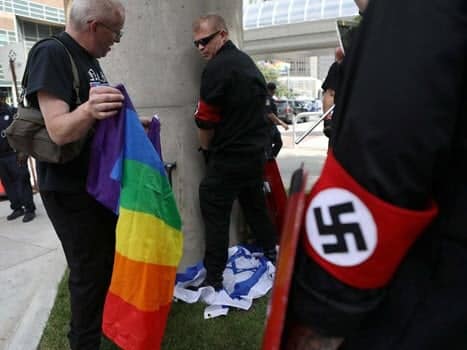 White nationalists carrying weapons and using the Nazi salute interrupted the Detroit Pride parade on Saturday, according to the Hill.

At the parade, a member of the National Socialist Movement was photographed seemingly urinating on an Israeli flag

All we need now is news of some Islamic fundamentalists doing the same thing and we have the holy trinity of modern antisemitism.