At the “Peace to Prosperity” workshop in Bahrain, FIFA boss Gianni Infantino has promised to build more soccer fields in the palestinian-controlled territories. 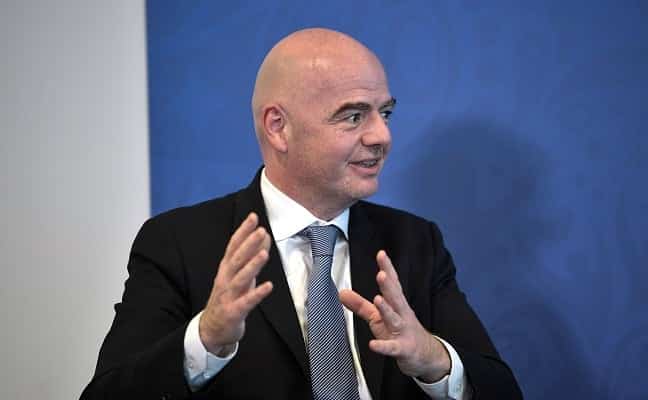 “Let’s give, to be very concrete as well, some hope, some dreams..”

“We will do our part at FIFA…Let’s do something tangible and concrete that people can see, and when kids play football, first they smile and, secondly, they don’t do other things.”

The palestinians have responded by showing their appreciation towards Gianni and FIFA for this generous promise.

The Swiss-Italian football chief, 49, has presented himself as neutral on the decades-long conflict.

But his appearance at the US-sponsored investment conference in Bahrain, an event aimed at drumming up economic rewards for the Palestinians in return for peace with Israel, has angered officials in Ramallah, so much so that one official called for the Fifa’s ethics committee to look into his appearance at the event, where he spoke on a panel about how football can bring people together.

In attending a summit the Palestinians boycotted, Mr Infantino is accused by officials in Ramallah of taking a political stance and siding with Israel and the administration of President Donald Trump.

“How can the president of the highest governing body of football agree to participate in a political workshop whose objective is to determine the future of Palestine in the absence of Palestinians?” Palestine Football Association president Jibril Rajoub wrote to Mr Infantino in a letter seen by The National.

Others also latched on to his words:

Infantino claimed that building new soccer fields would prevent Palestinians from “doing other things”, which could be understood as resisting the Israeli occupation and demanding their rights.

How dare he (and others participating in the workshop) want a better life for palestinians!

Gianni’s surname may be Infantino but it is the palestinians who are again acting like babies.